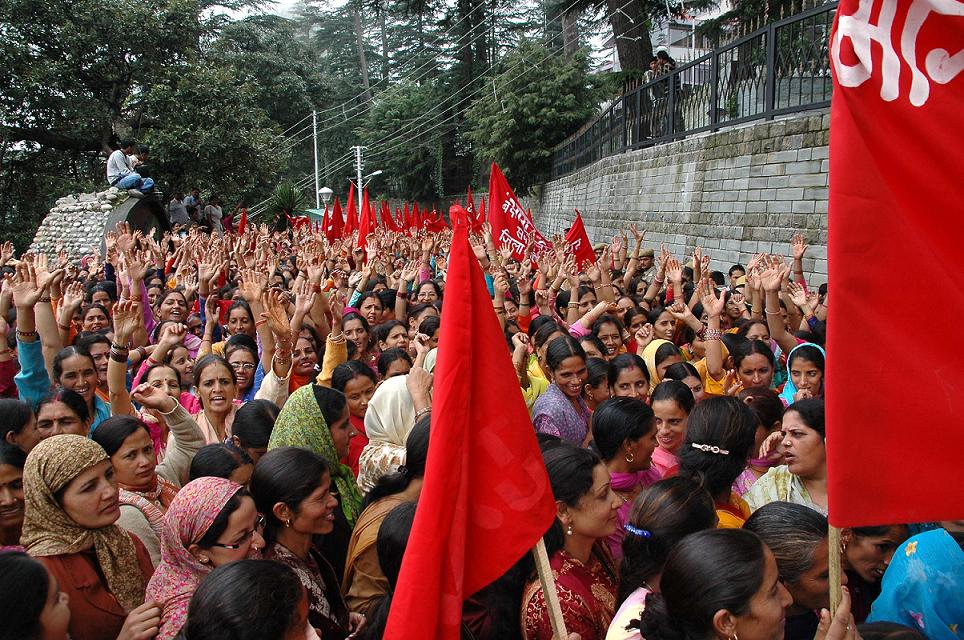 Shimla: Nearly five thousands of village-level Anganwadi workers shout slogans against BJP government in a protest march in the northern hill town of Shimla on Wednesday 26 August 2009. They are demanding higher wages, secure jobs and government servant status, that would entitle them to pension and other post retirement benefits. Under the banner of the (CITU), the workers marched in front of the Vidhan Sabha. They said that their wages were far below the minimum wages fixed by the government for unskilled laborers.