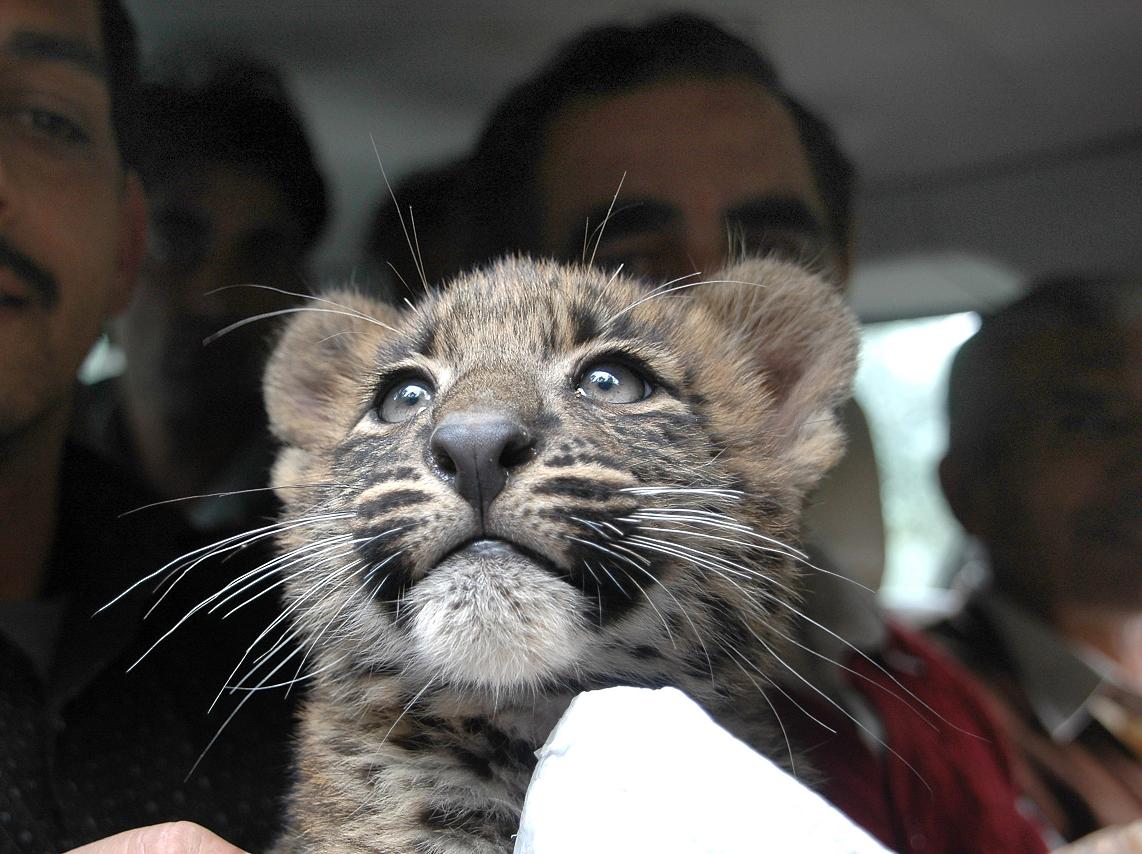 Shimla: A male leopard cub (2 months) captured by the forest department in the house of Mr Ravi Kumar of Baloh village, in the northern hill town of Shimla on Wednesday 29 July 2009. The animal entered the house but remained trapped inside as the main gate was locked by the owner of house. They immediately informed the villagers, who rang up the forest department officers. After a one-hour operation the leopard cub was tranquillised, Forest officials said.