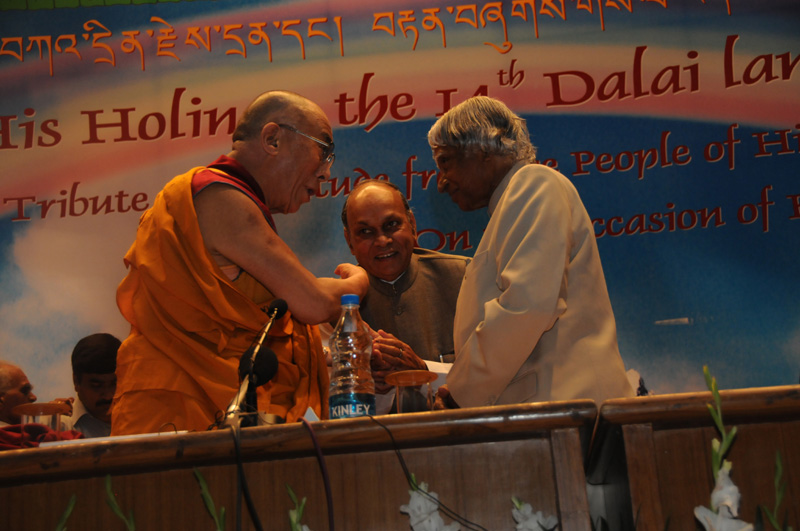 Speaking at a function to mark the 74th birthday of His Holiness the Dalai Lama at Delhi, the chief minister said that the seminar would be held at Shimla on 17th and 18th August, for which chief ministers of Jammu and Kashmir, Uttrakhand, Sikkam and Arunachal Pradesh would be invited.

Dhumal said the seminar would be organized in collaboration with “TERI” (Tata Energy Research Institute) and luminaries from the fields of environment and policy formulation, weather scientists, experts and representatives of various NGOs would participate in the seminar.

Chief ministers of various states would also be invited to interact on vital issues in the seminar.

It is an appropriate time to resolve issues of Himalayan areas and the imbalance caused in the environment needed serious deliberations, he said.

Dhumal asked for making Himalayan areas free of pollution in order to restore their sanctity.

On the occasion the chief minister greeted the Dalai Lama on his 74th Birthday on behalf the people of the Himachal Pradesh.