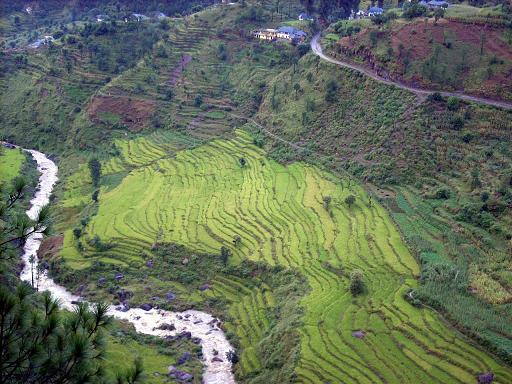 Shimla: Environmentalists and residents of Karsog valley came out in large numbers to oppose setting up of a greenfield cement plant by Lafarge, a world leader in cement production, in the area.

About 500 people including 200 women from about 12 panchyats, who are within the proposed mining and cement plant zone, today held a protest march in Karsog market under the banner of Sri Deobadyogi Sangharsh evam Paryavaran Samiti and Himalaya Niti Abhiyan.

The villagers, who arrived in buses and jeeps took out a procession through the Karsog market and raised slogans against the cement company and the government’s indifferent attitude to people’s opposition to it.

KG Thakur, spokesman for the protesters said â€œdespite numerous reminders and meetings with leaders of both Congress and BJP governments, there has been no action on the demand to scrap the proposed cement project.â€

Resolving to intensify the agitation, the protesters resented that the local legislator (MLA) had chosen to side with the cement industry like other representatives who preceded him.

The MLA has even gone to the extent of renting the vehicle that the people had contributed for his election campaign to Lafarge Company, purely for petty monetary considerations, alleged Thakur.

Hiramani Bhardwaj, general secretary of the Sangharsh Samiti said that the livelihoods of the people of the effected panchyats were dependent upon agriculture, animal husbandry, horticulture and collection of forest produce which are more sustainable as compared to the cement plant which would destroy all these forever.

Environmentalist Guman Singh asked women from the area to take the lead against the cement plant as they are the most impacted due to any such new development.

He said that air pollution that would decimate the agriculture and peoples’ health in at least 10 Kms areal distance and the drying up of water sources would be the most severe impacts of the cement project.

Raising a question mark over the way development was being perceived by the government’s in Himalayas, he said that the ideal development for this region should be non destructive and should be based upon enrichment of natural resource based livelihoods and rural tourism.

The governments’ chosen paradigm of development has only contributed to undermine this potential, he said.