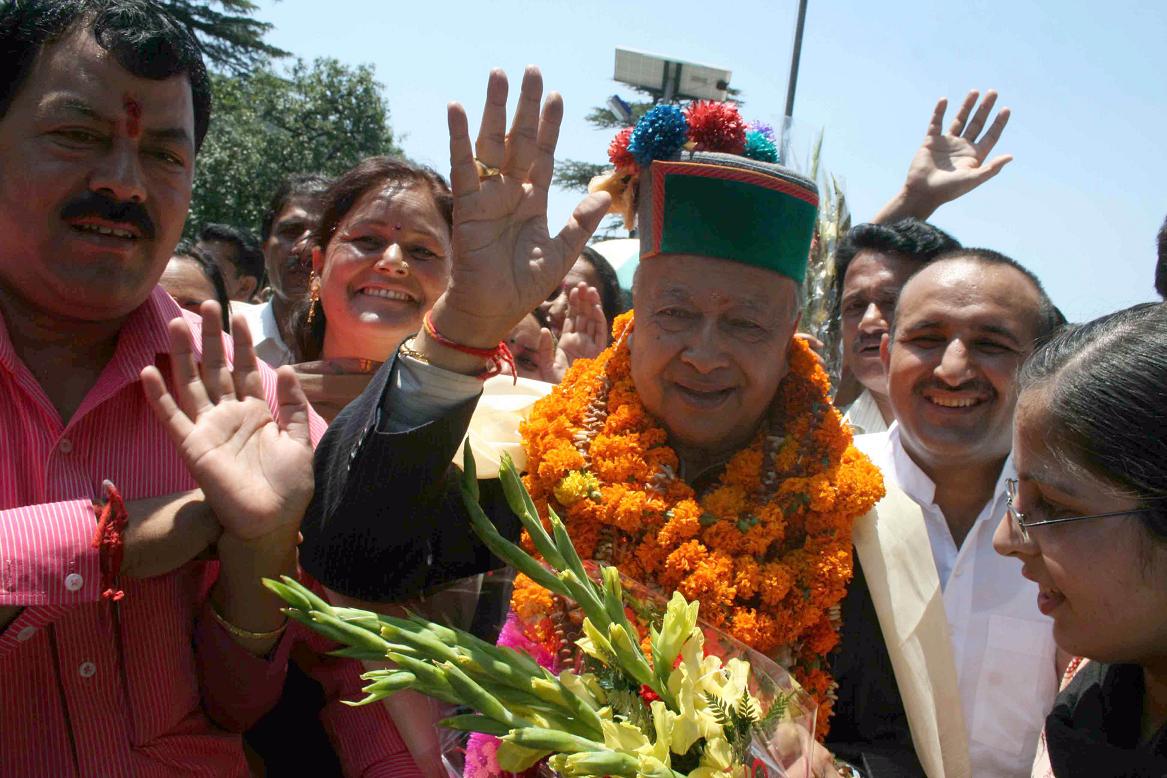 There was high spirit among his fans ans supporters as Mr. Singh has recently proved his mettle after getting cabinet berth in union cabinet before completing 18 years long successful tenure as Chief Minister of Himachal Pradesh for five times.

Mr. Singh disected special Birthday cake in the morning at the presance of his wife Pratibha Singh, his son and daughter, later his fan and supporters started arriving here dancing with tribal bands beat and offered their greeting to him.

Mr Singh Virbhadra Singh was born to Raja Sir Padam Singh at Sarahan on June, 23,Â  1934. Before becoming prominent member of Indian National Congress, he has served as honorary captain in Indian Army.

He has a B.A. (Hons) and an M.A. He studied at Bishop Cotton School, Shimla and St. Stephen`s College, Delhi.
Mr Singh hold impeccable administrative skills would be tested again with his stint at the Centre, enter in 76 year, only Congress leader who won from Himachal Pradesh in the just-concluded Lok Sabha polls.

He defeated BJP’s Maheshwar Singh by nearly 14,000 votes in the Mandi constituency. Virbhadra’s wife had contested and won the seat in 2004. A Rajput leader from the Bushehr royal family, Vibhadra wasÂ  elected to the Lower House of Parliament for the fifth time. He has represented his constituency in 1962, 1967, 1972 and 1980.

In 1976, he was the member of Indian Delegation to the General Assembly of the United Nations. From December 1976 to March 1977, he also held the post of Deputy Minister of `Tourism & Civil Aviation in Government of India.

From September 1982 to April 1983, in Government of India, he was the Minister of State for Industries, for two times he was elected to the State Legislative Assembly from Jubbal-Kotkhai Constituency first on 5 October 1983 in a by-election and again in 1985 general elections.

Mr Singh held the Chief Minister office for third time from March 1998 to March 2003, he was the Leader of Opposition in the Assembly. On 6 March 2003 he was once again appointed as Chief Minister in March 2003 to December 2007.
He is also related with several cultural and social organisations including President of Sanskrit Sahitya Sammelan and Friends of Soviet Union Society (Himachal State Branch).