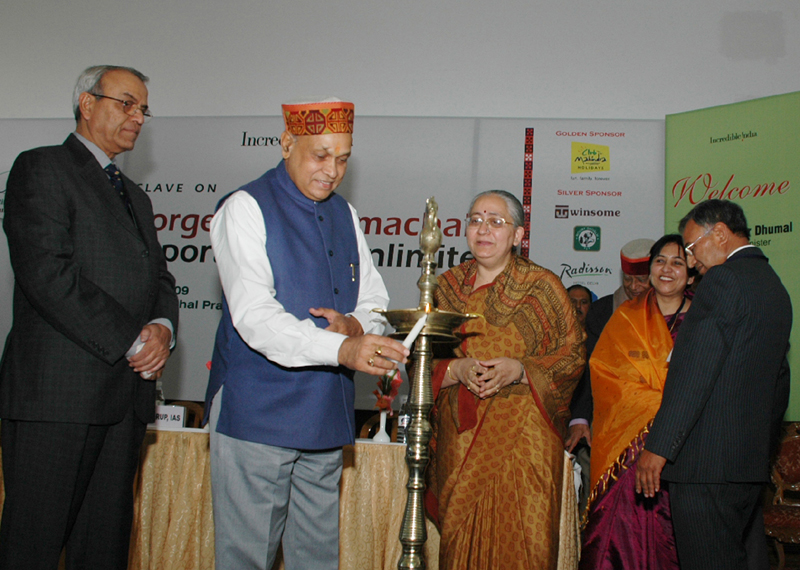 Shimla: Emphasising on branding of Himachal as a tourism destination, chief minister Prem Kumar Dhumal said that the government was intent on improving the quality of tourists visiting the state and regulating tourism destinations for bringing about qualitative changes in the sector.

Speaking at the inaugural of PHDCCI tourism conclave themed ‘Himachal- A Destination for All Seasons and All Reasons’ he said, â€œfocus was being laid to attract investment not only in hospitality industry but also the education sector, as knowledge based tourism will attract best brains for the development and amelioration of the state.â€

He said that tourists arrivals in the country had not increased beyond 3.5 million whereas in China it had crossed the 40 million mark primarily because we have not been able to regulate tourism in the country.

Cooperation of the travel and hospitality industry to keep the cities clean has been sought so that the industry remains environmentally sustainable and aesthetically pleasing, he said.

System of zoning the cities with complete ban on construction in the core areas and limiting number of storeys with special emphasis on the hilly architecture was being ensured as tourism was poised to become the principal industry of the state, he said.

About investment opportunities, he said the government a Rs 50 crore tourism project would be accorded clearance at a high powered single window committee and procedure for obtaining essential certificate had been decentralised and simplified.

The authorities were preparing a 20 years prospective Tourism Master Plan and to disperse the activity into rural areas the government had introduced a home stay scheme.

After framing a guideline for ropeways, three projects had been offered on private public partnership basis and more were in the pipeline.

The central government has been requested to obtain approval from China opening up an alternate pilgrimage route through Himachal to Kailash Mansarovar, which would greatly enhance tourism activity, the chief minister said.

In her welcome address tourism secretary Manisha Nanda drew parallels between South East Asian countries and said that there were many things common for tourism development. Asian Development Bank has picked out Himachal Pradesh as one of the few states in the country for providing assistance for tourism development, she said.

The four day long event also has put up a mega mart, showcasing handicrafts, cuisine and other aspects of tourist value in the state.