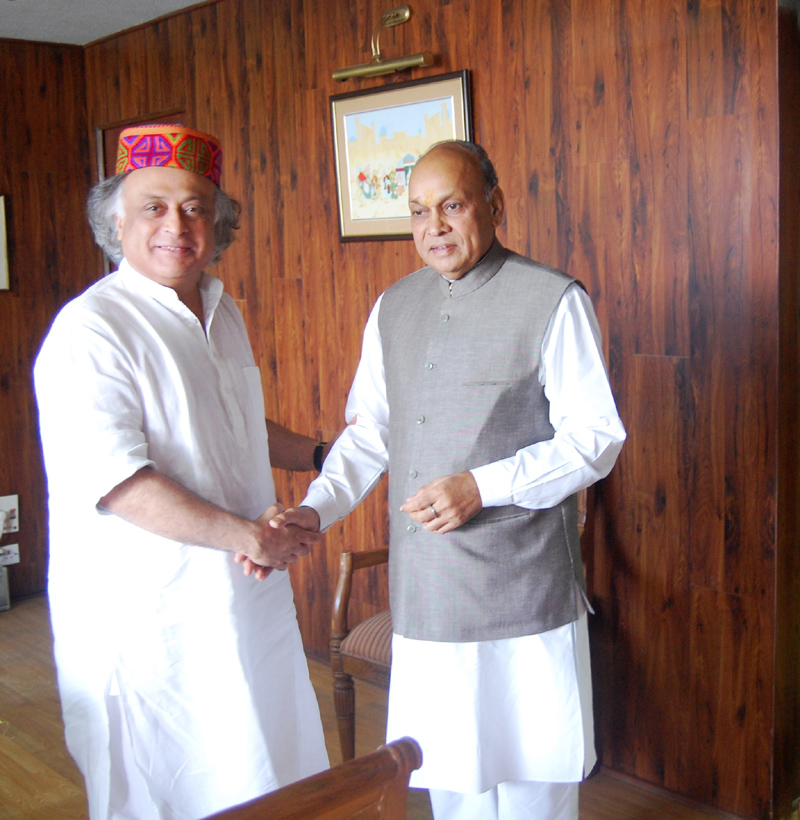 He said that ministry has agreed to release Rs 362 crores as the state share. The decision was taken after a meeting with Jai Ram Ramesh, minister for environment and forest at Delhi.

The chief minister disclosed that the central government has in principal approved a cold desert bio-sphere project for snow-bound areas of Lahaul-Spiti. A meeting of state and central forest officers would be held soon for deliberating upon this project, he said.

Dhumal said that the green cover in the state was increasing over the years but there was no scope of planting trees in snow-bound tribal areas as the altitude was above the tree line and the parameters for fixing targets for such areas should be different.

He also apprised the union minister about the difficulties being faced in snow-line areas and stressed upon the need for preparing a national policy in this regard.

The chief minister sought exemption from Forest Protection Act for implementation of projects under PMGSY and rural development since these were being delayed and people were being deprived of the benefits of such developmental projects.

Dhumal sought assistance from the central ministry for containing damage to farm crops because of monkey menace and other wild animals.