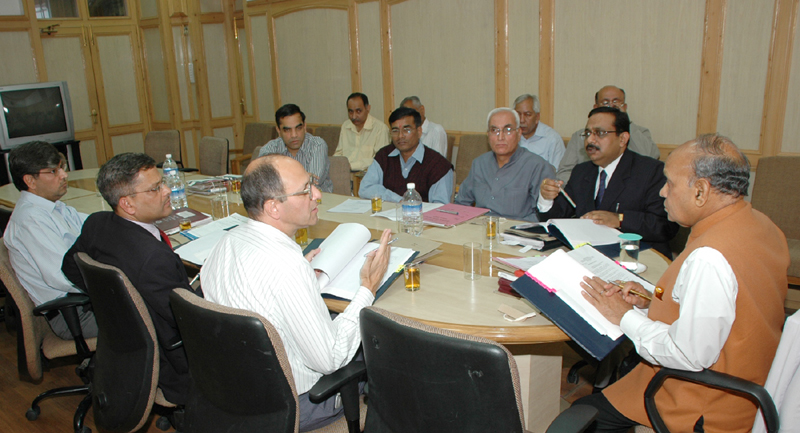 Shimla: With a repository of rare designs on its catalogue, chief minister Prem Kumar Dhumal asked Himachal Handicrafts and Handloom Corporation executives to explore the possibilities of using e-marketing channels to expand their marketing network.

Presiding over a review meeting, the chief minister said Himachali handloom and handicrafts with their uniqueness in designs, pattern and quality had potential to attract buyers from within and outside the Country.

He asked the corporation to participate in exhibitions, mega marts and launch publicity campaigns for attracting buyers attention.

E-shopping was the latest channel by which marketing was being expanded to reach customers globally, said Dhumal, and the corporation needed to avail its benefits for boosting up sales internationally.

He said that the corporation could look at creating franchises at big malls, airports, national and participate in international level trade fairs and exhibitions to generate demand for its products. He asked them to reach out to the Common Wealth Organizing Committee and pursue them for picking out state handlooms and handicrafts products.

Opportunities being provided by Indian government at the California Gift Show (USA), slated for July and International Birmingham Fair (UK) could be availed, said Dhumal.

In times of market competitiveness, he asked public sector undertakings to remain commercial and generate enough income to turn around and earn sustainable profits.

In the same breath he warned that it would be in the interest of the public sector undertakings to stop wasteful expenditure and take optimum benefit of the skillmanship available with them.

In the end the board of directors decided to release five percent interim relief to the employees.