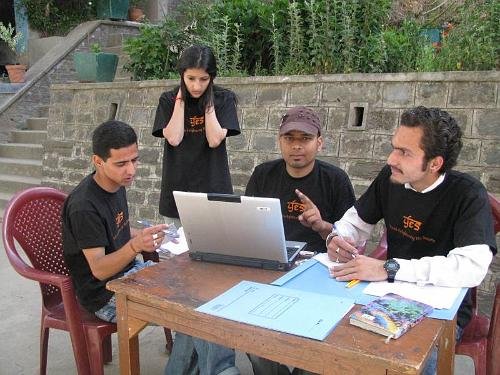 YES an upcoming youth NGO based in Shimla, launched its Solan Unit in Dr. Y.S Parmar Horticulture University,Nauni with pomp and show.

Aakarshan Chauhan, President YES said in his speech that it was a great leap in the empowerment and upliftment of the local youth as well as the country itself.

He was addressing a crowd of 500 people gathered for the annual function of the University. A skit (nukkad) was also performed by the members of YES.

About YES: YES was launched with an inter school competition C3(cube) in May 2008, giving a platform to the students to compete on a very unique way. C3 stands for competition creativity and capability. YES provided free coaching classes to poor students.Â  YES has also organised blood donation, general health and oral health camps and worked with mentally retarded children.