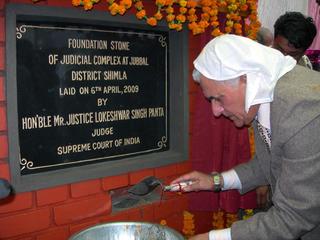 Justice Lokeshwar Singh Panta hails from Jubbal and was elevated as the Judge of Supreme Court of India in February 2007. Prior to this Justice Panta remained as Judge of Himachal Pradesh High Court Shimla.