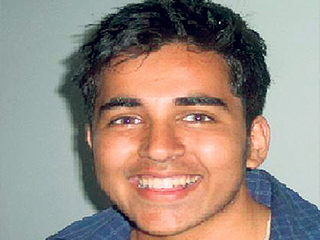 Shimla: It was the darkest Sunday ever for the family of 19-year-old Aman Satya Kachru, first-year student of Dr. Rajindra Prasad Medical College, Tanda, Kangra, who died on 8th March night, a day after he was allegedly ragged by four of his seniors.

Sources said that Aman, a Kashmiri pandit, was beaten for about two hours by his four drunk seniors named Ajay Verma, Naveen Verma, Mukul Sharma and Abhinav Verma. However, former two were arrested on Monday but latter two are on the run.

The Police have registered a case under Section 304 of the IPC and Section 3 of the Ragging Ordinance against the four senior students.

Expulsion of these four students has been announced by the authorities for two years alongwith suspension of hostel warden, manager and on duty guard.

“He was slapped many times, His head was shaved off. He was punched and kicked. He was hit on head and chest. He was forced to work on their project whole night,” Indira, Aman’s aunt, alleged to PTI.

After complaining a chest pain on Sunday afternoon, Aman was taken to emergency where he gave a written complaint with names to college authorities alleging his seniors for ragging him in the hostel.

The college authorities say that they are unaware that ragging was taking place in the hostel. The principal of the college, Dr S Sankhyan, has offered to resign on moral grounds.

Amanâ€™s parents, from Gurgaon, have accused the college of trying to hush up the incident.