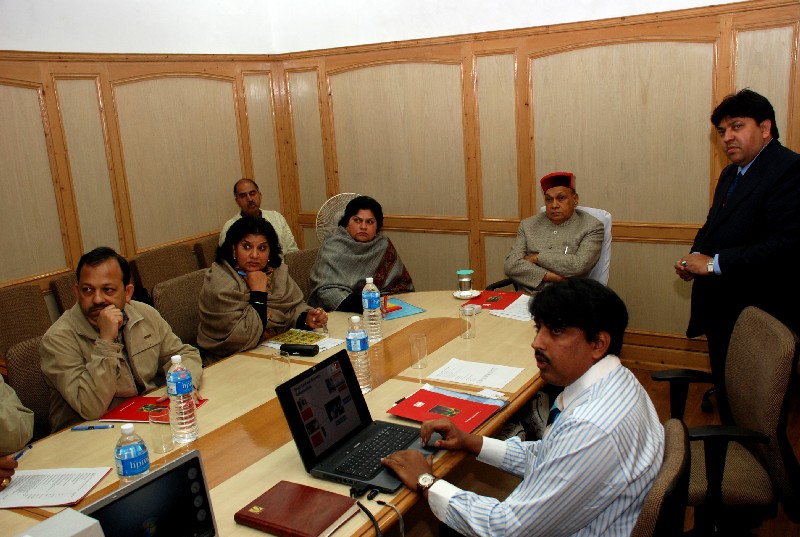 Shimla: To check pilferage in the public distribution system, Himachal government plans to introduce e-ration cards and make it mandatory for all fair price shops to issue cash memos that would help in curbing malpractices.

Speaking on the occasion of witnessing a proposal to make the whole public distribution system online, chief minister Prem Kumar Dhumal said that such a system would enable a day to day monitoring of stocks of all essential commodities being distributed through PDS.

The chief minister asked for preparing a pilot project about having an online PDS system in place, with the possibility of introducing a multipurpose e-card that could be used for various government schemes.

There are about 16 lakh domestic consumers in Himachal and most had been provided with ration cards to draw the supplies of essential commodities from local fair price shops.

The entire system was supposed to be full proof but with an online system there would not be any chance of misuse at any level and most malpractices would get checked, he said.

A global positioning system (GPS) could also be adopted for the supplies being made from whole sale depots to the retail outlets all over the State besides ensuring timely delivery of the supplies at different destinations, said Dhumal.

Such a system could be revolutionary as no state in the country had adopted it for streamlining the public distribution system, he added.

Murtaza Sheriff, Chief Operating Officer of SAN Media Limited, made a detailed presentation about the online implementation of the proposed PDS system, which he claimed was foolproof and could be handled by any fair price shop operators.