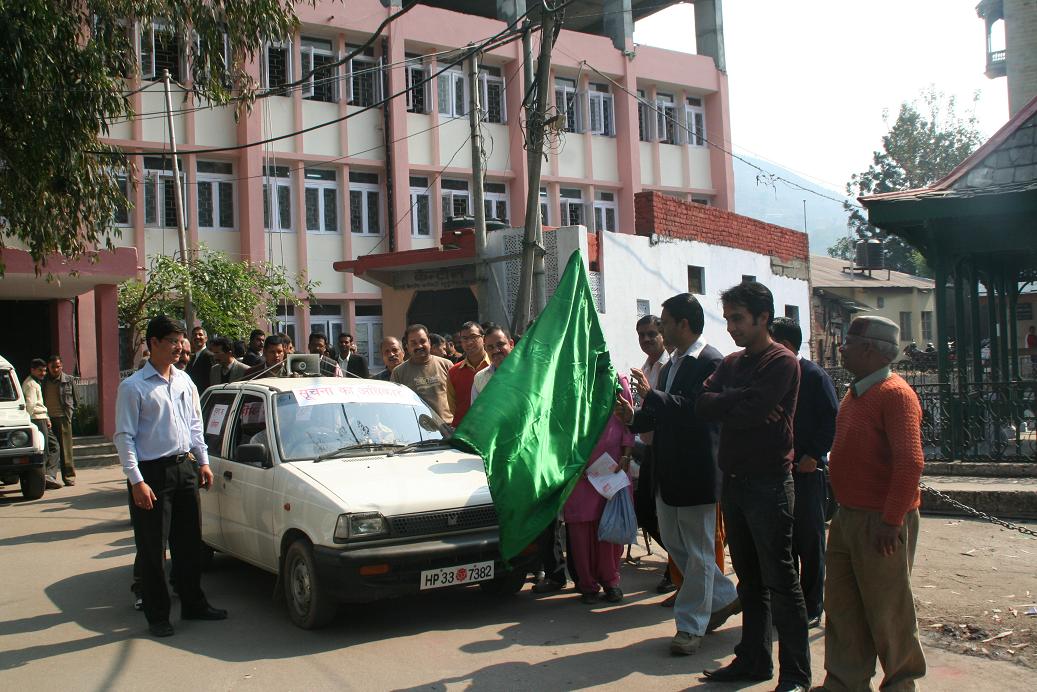 Mandi: C. P. Verma ADM, Mandi flagged off the Suchna Yatra on Right to Information Act. This Suchna Yatra will spread awareness about RTI in 10 development blocks of District Mandi in Himachal Pradesh covering the remotest areas . The Yatra is being taken out by Centre for Sustainable Development under Capacity Building for Access to Information (CBAI) Project of Govt. of India and UNDP.

In the 1st phase declamation contests in Schools and colleges has already been organised by Censud in association with My Himachal. In the 2nd phase cluster meetings, nukkad nataks (street thetre) are being organised besides putting up RTI Stalls in local melas where common masses are educated about various provisions of RTI and ways to use it. It is worth mentioning that RTI has changed the way India is governed. As more and more people are using RTI to get information the movement of files has speeded up in the government departments. 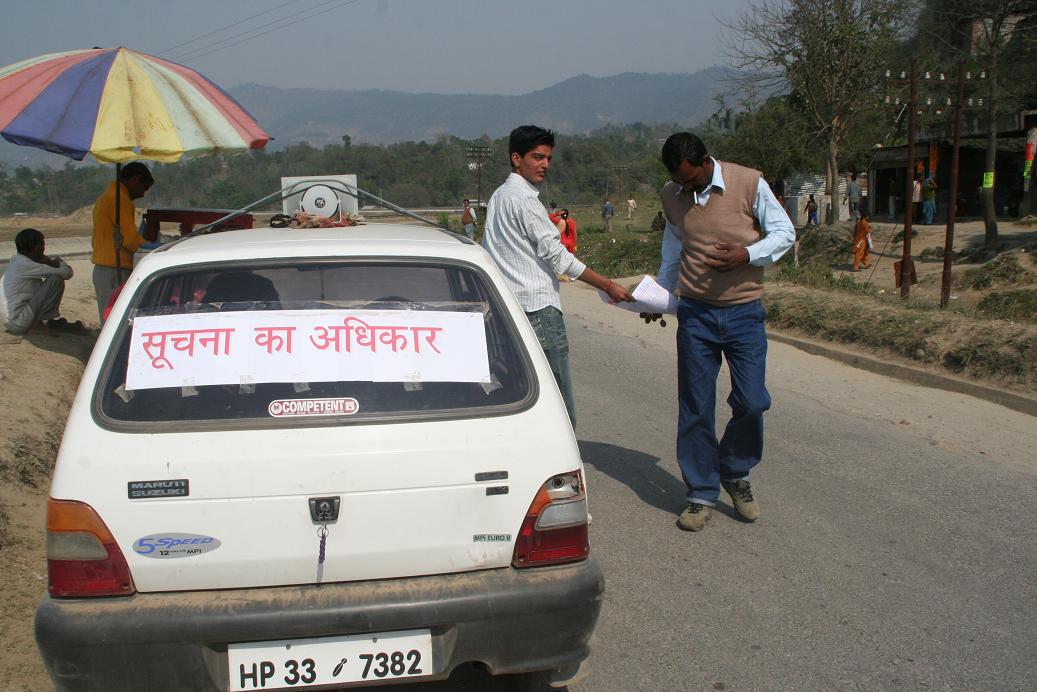 The offcials who were indifferent about the plight of common man can be seen trembling at the mention of Right to Information. In one such case a lady whose medical bills were pending for months filed an application under RTI and she got her money within two days. Several Pradhans of local Panchayts have been dismissed after people proved financial irregularities in developmental schemes by seeking information under RTI.