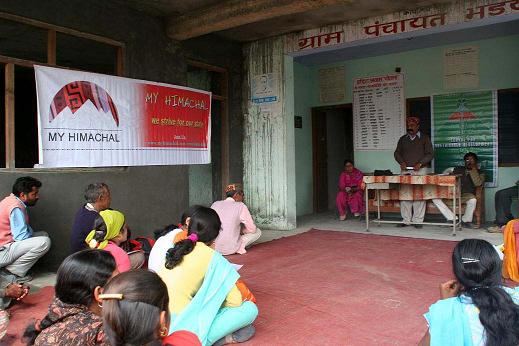 Mandi: As part of undergoing CBAI Project Cluster meetings on right to information were organised by Centre for Sustainable Development in association with My Himachal in various panchayats of Balh, Mandi Sadar and Karsog blocks of District Mandi.

They were told about various authorities and their duties under the Act. Master trainers, who have been imparted training by HIPA, also told them how to file appeals and various penal provisions if Public Information Officer refuses to give information or provides wrong information.