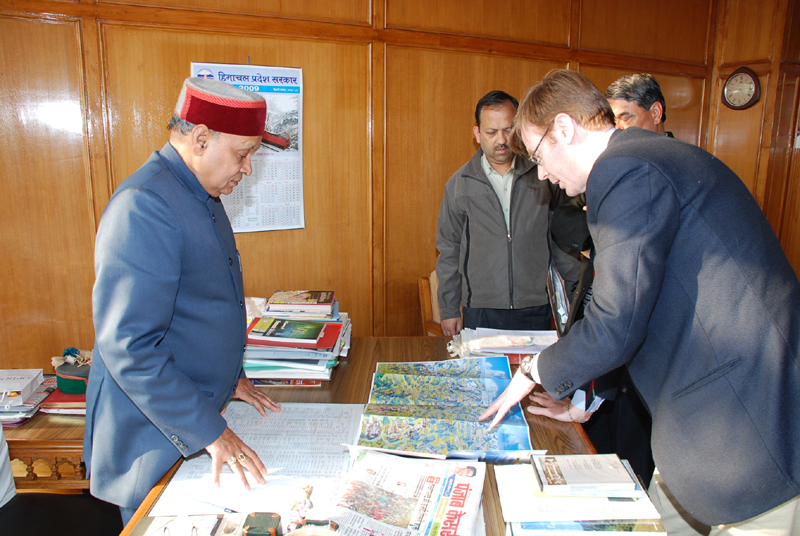 Shimla: After meeting with Dr. Gunther Cologna, representing European Academy Bozen Bolzano, a Research and Training Institute in the Province of South Tyrol North of Italy, Prof. Prem Kumar Dhumal said that Himachal Pradesh and South Tyrol have many similarities in climatic conditions and other sectors, so we can explore the possibilities of technical collaboration in environment, hydro and solar energy, tourism, agriculture, horticulture and allied sectors with them.

He added that this collaboration can be beneficial to both regions as both has vast hydel potential for exploitation where major source of energy happened to be hydro electric. The unpredictable climatic conditions were posing grave challenge before the State and there was almost no winter season this time. He said that similar changes were being witnessed in other parts of the world, including South Tyrol which had worked out some solutions to the problems. He said that the State could also take benefit of their experiments in dealing with changed climatic conditions.

He also said that we can also take benefit of the tourism infrastructure created for sustainable tourism activities from them in case of tourism since South Tyrol attracts over 27 million of tourists every year, which was six times to its population.