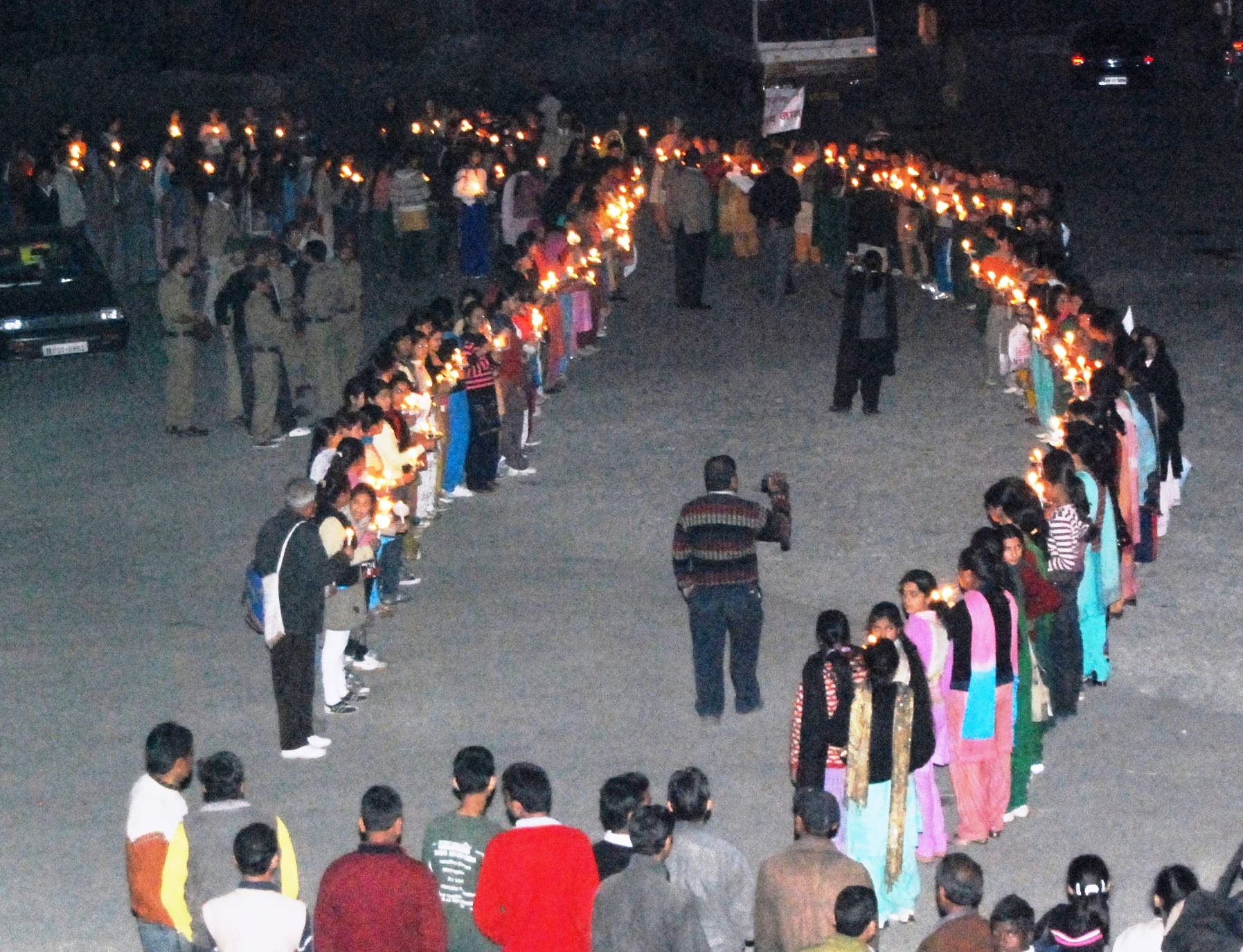 HIV infection among pregnant women carries a triple tragedy. Not only do HIV-positive women face the prospect of discrimination and illness, they may also pass the HIV infection to their children or leave their children behind as orphans after their death. Hence, a four-pronged approach to address parent-to-child transmission is followed. The strategy includes services to prevent women from becoming infected with HIV, prevention of unintended pregnancies among women who are HIV-positive, use of antiretroviral drugs, safe delivery practices and infant feeding options to reduce the transmission of HIV from mother to child, and care and support for PLHA mothers and their children and families.

A HIV awareness rally to dispel myths and remove darkness of ignorance to protect women and children from HIV was organised at Palampur, Kangra. From Darkness to light – was the theme of the awareness procession in the small hill town.

The rally was flagged off by the Chief Medical Officer, Dr A. K. Mahajan from Indo German Hall Palampur and concluded at bus stand in the form of a red ribbon shape, which signified commitment to the fight against HIV. 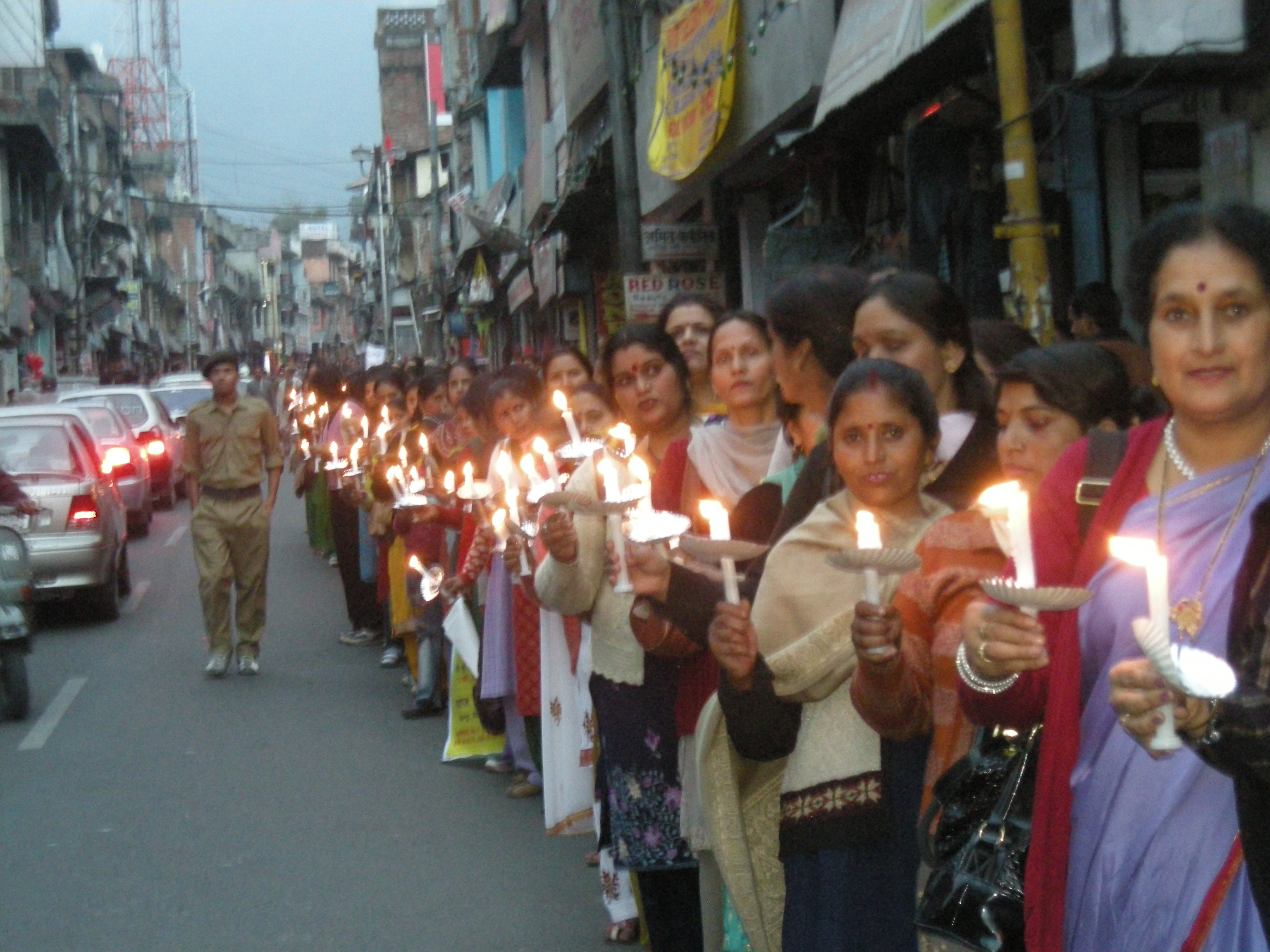 As the fesitval season of Holi mela coincides with the event, people in the market from 40 km radius came to visit the festival, and the message of empowerment went across to locals.

Dr RK Sood Project Officer, AIDS Kangra, addressing the gathering on the event he said that March is being observed as month for awareness about parent to child transmission of HIV. Globally, over 1000 children under age of 15years are infected everyday with HIV, the most significant source of HIV infection in infants and children under the age of 15 years is transmission of HIV from mother to child during pregnancy, childbirth or breastfeeding.

The Prevention of Parent to Child Transmission (PPTCT) programme aims to prevent the perinatal transmission of HIV from an HIV infected pregnant mother to her newborn baby. 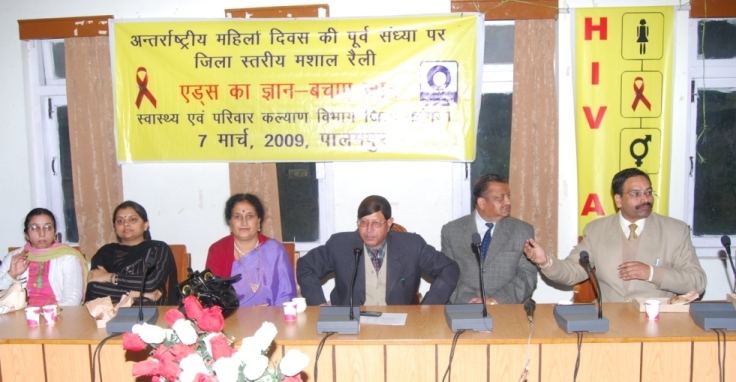 Prior to this, artistes form the Nitika Kala Sangam, Sirmour, gave an entertaining and captivating performance on various aspects of HIV transmission and prevention at the Indo German Hall.

In India, as per report of Joint Technical Mission on PPTCT (2006), there are 27 million pregnancies annually out of which nearly 189,000 occur in HIV positive women leading to an estimated annual cohort of 56,700 infected babies. Fortunately, Parent-to-Child Transmission can be prevented with a combination of low-cost, short-term preventive drug treatment, safe delivery practices, counselling and support, and safe infant-feeding methods. The availability and use of short course Anti-Retro Viral prophylaxis in the form of a safe and well tolerated single dose regimen for mother and child during labour and delivery, made an effective PPTCT possible.

(A submission by Dr. RK Sood )