Finally a small light of hope after 15 years. But I wonder whether that quantum of punishment would be immediately awarded to him or whether he will be able to get out of the punishment by getting stays and bail from supreme court for another couple of years and enjoy the remaining part of his life in a peaceful manner. He is already 82 years old. 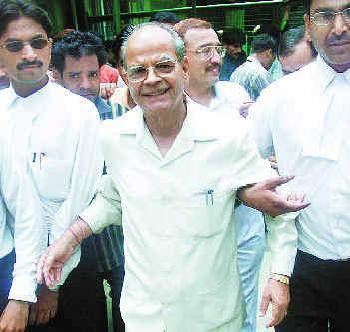 Former Union communications minister of Congress party,Â  Sukhram was on Friday convicted by a Delhi court for amassing Rs 4.25 crore of disproportionate assets that included seizure of Rs 2.45 crore from his residence in New Delhi.

The quantum of sentence against the former MP will be pronounced on February 24. The maximum sentence for the offences he is convicted for is seven years.

The court said that Sukhram acquired assets worth Rs 4.25 crore which were disproportionate to his known sources of his income between 1991 to 1996.

The former minister was not present in the court to hear the verdict as he was appearing in another criminal case pending in the Rohini District Court and his counsel pleaded before the special CBI judge for exemption from personal appearance for today.

Born in Bilaspur, Dr. Vatsayayan is at present working as a Assistant Professor at Aerospace Engineering Department of IIT, Mumbai, India.