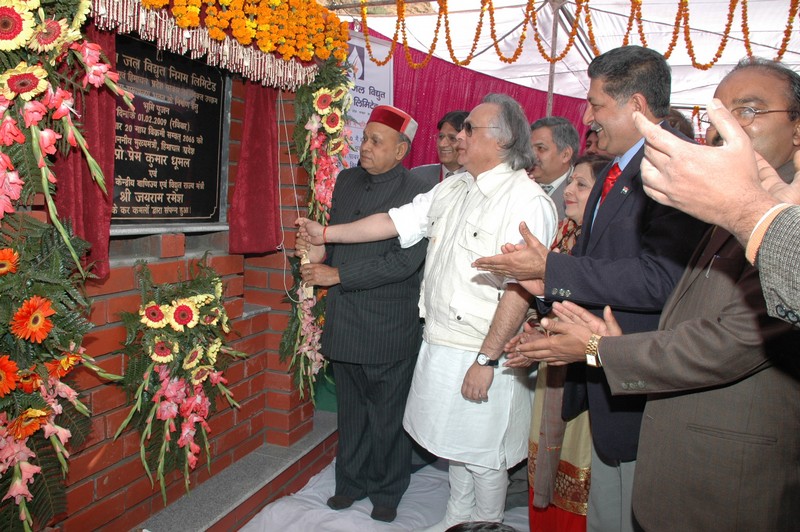 In ten years time SJVNL would have a significant national presence by having 6000 MW generation capacity, he said.

In order to promote technical education three PSUs, NTPC, NHPC and SJVNL would collaborate to establish an engineering college in Himachal, the minister said. SJVNL would also establish polytechnic institutes in its area of operations, he added.

Laying emphasis on environment management, Jairam said that over the next four years Himachal would be able to harness 11,000 MW of its existing 19,000 MW hydropower potential.

Speaking on the occasion, chief minister Prem Kumar Dhumal said that SJVNL by having imprints Nepal and Bhutan was emerging as an international organisation. The chief minister asked for establishing the engineering college in Bilaspur district for which the state was prepared to provide buildings for a start.