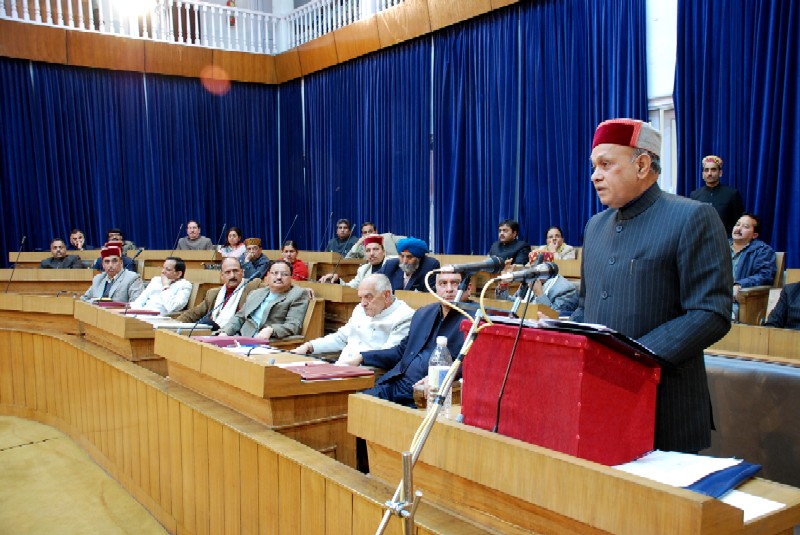 Shimla: Chief minister Prem Kumar Dhumal held that the central UPA government was discriminating against the Uttrakhand and Himachal Pradesh by not extending the industrial package to 2013 as they happened to be BJP ruled states.

Speaking to the media after presenting the budget, Dhumal said that on the one hand the UPA government was preparing one economic stimulus plans after another for boosting the country’s economy but was not relenting upon extending the industrial package to its original 10 year term upto 2013 for Himachal and Uttrakhand.

The economic slowdown would impact revenues of the Himachal also and we are only putting up conservative estimates about it yet, he said.

Citing a Federation of Indian Chamber of Commerce and Industry (FICCI) paper, the chief minister said that the chamber had estimated 15 lakh jobs being lost in the country since the economic slowdown set in and its impact would soon be felt in Himachal also.

What to talk about creating new jobs, it would become to protect the ones that are there at present, said Dhumal.

The chief minister termed the central budget which was presented in parliament earlier in the day as a jugglery in figures.

“The heavy amount shown as expenditure on power sector should have added 25,000 MW of additional power but that kind of power is not there. Where has the money gone,” he sought to know.

There should be more accountability and results achieved in accordance with the funds spent should be made available in a transparent manner, said Dhumal.

Speaking about the state budget, he said that under the fiscal responsibility management act, we are permitted to raise Rs 1900 crore loans for the financial year but we will only be needing Rs 1500 crore to meet our budgetary requirement.

Harnessing of the available power potential would improve the states fiscal position. By 2017, revenue for power sector alone would be about Rs 7000 crore, he said.