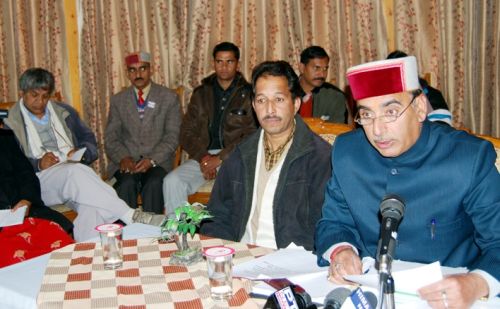 Shimla: To give a boost to technical education the government has marked Rs 180 crore under the current financial year and intends to set up an umbrella technical varsity to upgrade curricula and regulate the field, Narinder Bragta, minister for technical education stated.

Speaking to the media the minister on Sunday said the ministry was seriously pursuing setting up of a technical university. “Technical education is priority for the government and a budget of Rs 180 crore, which included central allocations, has been marked for the current financial year, he said.

He said other than getting the IIT started in Mandi, the government had managed to secure a National Institute of Fashion Technology (NIFT) for the state. The state would contribute land and Rs 58 crore for the NIFT institute which would be set up in Kangra district, the minister said.

Admission to the first batches at both IIT and NIFT is expected to start from the 2009 session itself, said Bragta.

A new private engineering college in Solan district had been approved and three polytechnics under AICTE for Kangra, Mandi and Sirmaur had been got sanctioned, he disclosed.

To upgrade 20 industrial training institutes (ITIs) Rs 50 crores had been earmarked and 14 institutes had been declared as centres of excellence. Of the 1454 students who passed out of ITIs last year 1173 had found suitable placements. To improve girl participation in technical education the government was in the process of setting up 21 girls hostels, said Bragta.

To ensure that technical training suited requirements of industry, a committee had been set up and another one was looking at regulating fee structures in private institutions, said the minister.