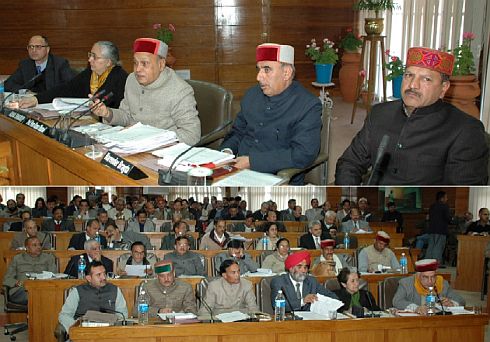 Shimla: Growth is the key mantra of Dhumal led Himachal Government and this growth can also be seen in the amount of annual plan for coming financial year 2009-10 to the Planning Commission of India for approval, i.e. Rs. 2700 crore. This forthcoming 12.5% increased proposal for coming financial year over Rs. 2400 crore of current financial year annual plan, was revealed by Chief Minister himself in a high level meeting on the first day of two day-long MLAs’ priorities meeting convened to give final shape to the next annual plan in consultation with them.

Chief Minister said that Planning Commission of India has approved Rs. 13,778 crore Eleventh Five Year Plan for the State, beginning from year 2007 and completing in the year 2012. He invited the priorities and suggestions of MLAs to finalise the coming annual plan of the State for implementation in letter and spirit at the grass-roots level.