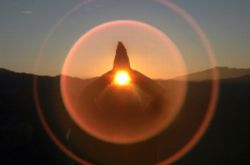 Today, we are going to celebrate our 39th Statehood Day of Himachal Pradesh. On 25th Janaury, 1971, Himchal was established to emerge as eighteenth state of India. Over these years Himachal has seen many ups and downs and on our Statehood Day Iâ€™d like to highlight some of our major achievements to send a positive vibe of encouragement to you all.

Himachal Pradesh has been the first State to launch State wide Area Network called HIMSWAN in the entire country and was also declared as second best state in the country in e-Governance.

If we look at our literacy then we see Himachal Pradesh has one of the highest literacy rates in India. To encourage primary education govt. took the initiative to provide free food to the children in school. Hamirpur is among the top educated districts in India. Education rates among women have become quite encouraging over the years.

To be more proud of your state, NFHS-3 released on 11 Oct 2007 recorded a Fertility rate of 1.9 in HP, which made it one of the top states that no more contribute to the population explosion of India. If this trend of fertility awareness continued among the people, a further decline in the fertility rate can be seen in near future. When we look at the vaccination coverage i.e. percentage of children between 12-23 months of age who have received all recommended vaccines, Himachal records 74%.

Over the decades of Statehood we also see great improvement in the road connectivity of the state. Though, Hamirpur topped in road density in the country in 2002. Recently, government has undertaken many efforts to widen and construct many roads to benefit the people of various regions of Himachal.

Not only roads but Himachal govt. has made efforts to construct and propose new railway lines in the state. Recently, inaugurated â€˜Jan Shatabadi Expressâ€™ from Una to New Delhi is one such achievement of the state. Himachalâ€™s oldest Kalka-Shimla railway line was recently declared as world Heritage site by UNESCO.

98.4% Himachal household is having electricity which makes it a topper in India. It is a state that not only fulfills its peopleâ€™s electricity needs but also sells hydro electricity to other states such as Delhi, Punjab and Rajasthan.

Himachal was the first state to â€˜ban polythene bagsâ€™ in India and its efforts to protect Environment and Increase the Green Cover in the area conferred it â€˜Diamond State Awardâ€™ last year.

According to a 2005 Transparency International survey, Himachal Pradesh is ranked the second-least corrupt state in the country after Kerala.

And, above all even today Himachal Pradesh is a peaceful state.