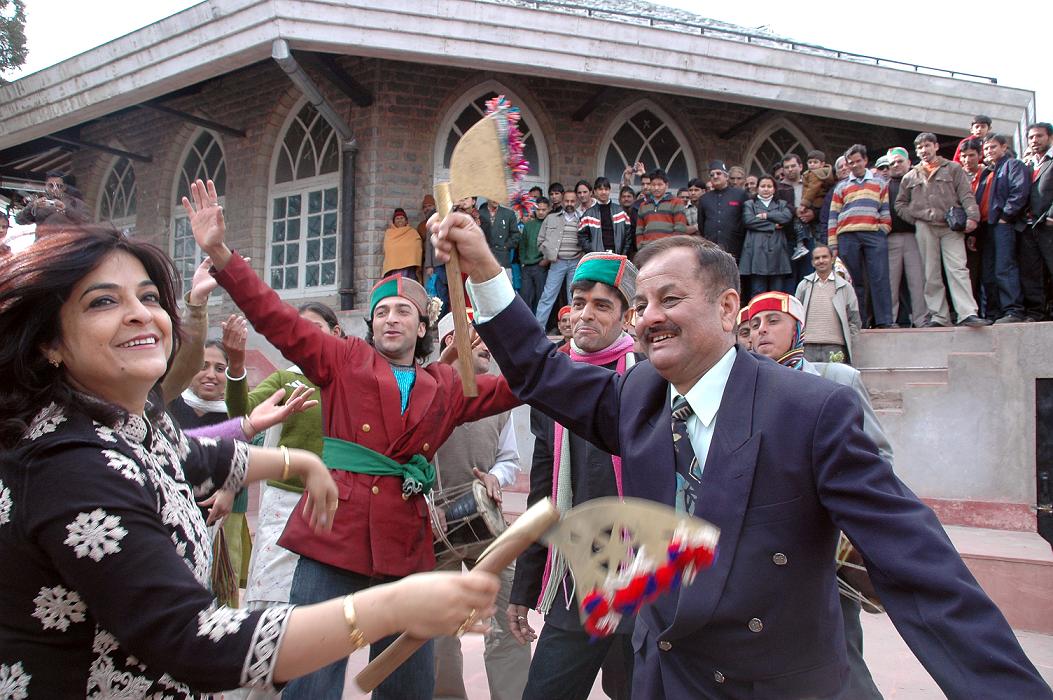 Shimla: Brig. Govind Singh Sisodia dancing with his wife, celebrating his birthday in Shimla on Sunday 25 January 2009. Brig. Sisodia played a major role in the combat operation in Taj Hotel, Nariman House and Trident Oberoi in the 26/11 Mumbai terror attacks. 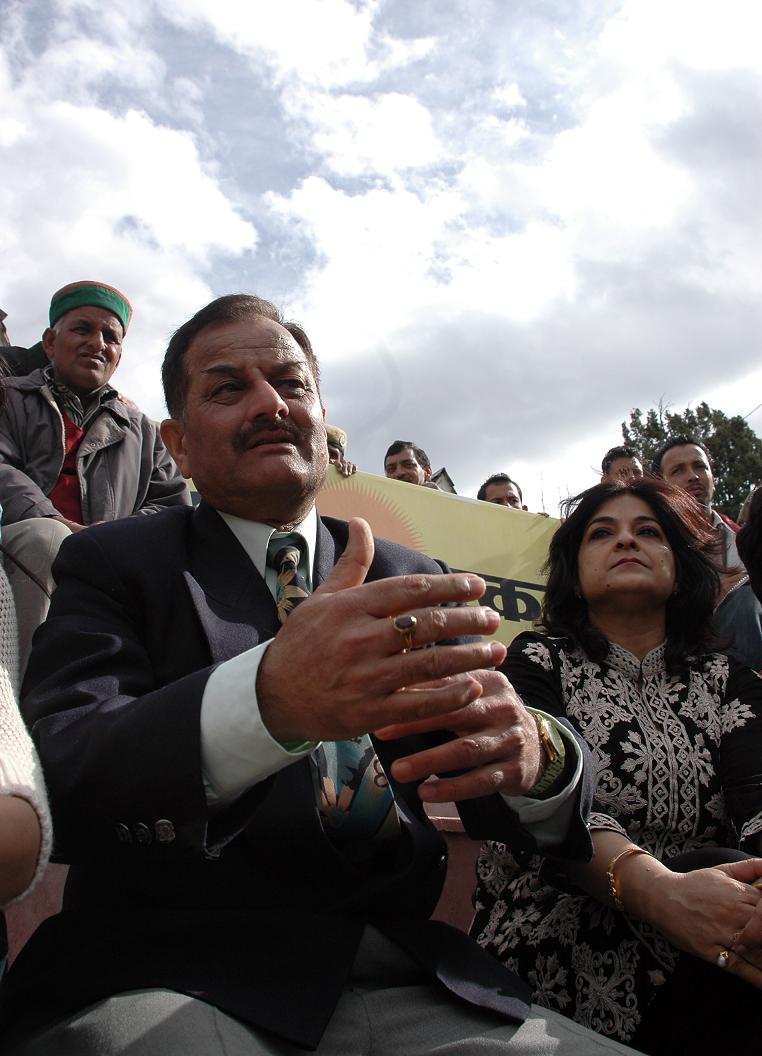 Brigadier Govind Singh Sisodia, posted on deputation as DIG Training in National Security Guards (NSG), Delhi, was the part of the core teams that lead the operation against the terror siege in Mumbai and successfully completed the operation.

Brig. Sisodia is the youngest of four brothers of the family and belongs to Bharano village in Chopal district of Shimla.