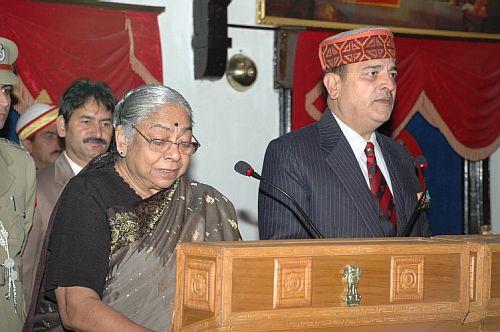 Maj. Gen. (Retd) Sharma commanded an Artillery Regiment in Ladakh and an Artillery Brigade in insurgency environment of Jammu & Kashmir. He has been instructors in the prestigious institutions like Army War College and School of Artillery. He is an expert in Information Warfare and Disaster Management.

He was born in June 1951 at Shimla. He completed his schooling from D. A. V. School, Shimla followed by B.Sc. Agriculture from the then Himachal Agriculture College, Solan. He joined Army and was commissioned in the Regiment of Artillery in 1972. He is a Post Graduate Diploma holder in Human Resources Development from H. P. University, M. Phil in Public Administration, P. G. Diploma in Social Sciences, M. Sc Defence Studies and M. Phil Defence and Management.