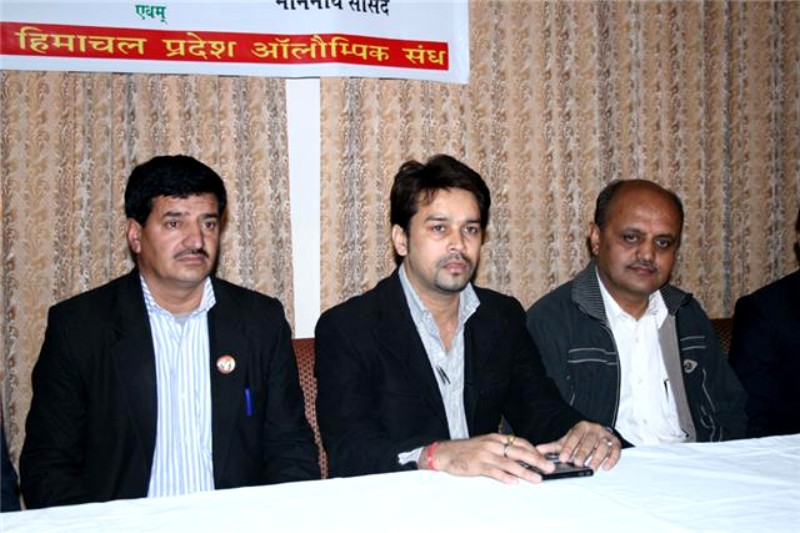 Shimla: Himachal Pradesh Olympic Association (HPOA) has asked the state government to repeal the Sports Act, which was brought forth by the previous government as it encroached upon the autonomous status of sporting bodies.

Talking to media persons, Anurag Thakur, general secretary HOA said that the association would approach the government to get the infringing act repealed.

President JP Nadda said that with the Indian Olympic Association having recognized their body as the official one over the rival one that was headed by former minister Ram Lal Thakur, the controversy stood resolved and a thrust would be given to sporting disciplines.

“We will not allow politics to creep into sporting bodies and will take everybody along so as to afford the best facilities for sportspersons,” he added.

The association would be meeting early next month and plans would be drawn to try and get back the Annadale grounds from the army, whose lease for the public place stands expired many years ago, said Thakur.

The Annadale ground is central for sporting and cultural needs of a city which lacks any ground where such activities can be held and we will work out a strategy get it back, he said.

Thakur disclosed that HPOA along with Himachal Pradesh Cricket Association (HPCA), which he heads, over the next four years would spend Rs 40 crore for upgrading the sporting infrastructure.