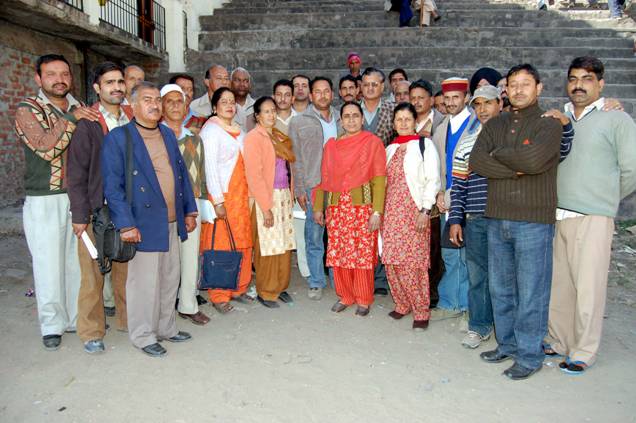 KUMARHATTI: The villagers of twelve panchayats in Kasauli Planning Area have criticized the proposed Kasauli Development Plan 2021. They have formed Kasauli Sangharsh Samiti to oppose the move. According to a press note issued here today, the Samiti has accused that the officials of Town and Country Planning (TCP), Solan, has failed to explain to the public as to how have they proceeded on the suggestions and objections submitted to the department by the public on October 25th.

The villagers concerns over move were submitted through Gramin Adhikar Suraksha Samiti, Kasauli. The proposed plan was actually infringing on the fundamental and village level rights of the local population, the Samiti pointed out. The plan was also to hit the people on the economic aspect also as it proposed to ban all commercial projects like hotels, guest houses, factories shopping complexes, hospitals, colleges both in government and private sectors.

The plan was also directed the local population to build residential houses that were less than 200sq. m. in area, the Samiti said. It would also put ban on providing new water connections in future. The Samiti alleged that the department has made such a proposal to please the high and mighty belonging to other states.

The Samiti has threatened that if their suggestions were not made the part of the proposal then they would start agitation against the proposed plan. The Samiti demanded that TCP should be applied to Kasauli on the lines of the new legislation that was to be passed in the coming Vidhan Sabha Session.[/lang_en]