Heritage villages to be insured: CM

Shimla: A destructive fire engulfed one of the oldest villages of Himachal Pradesh in Kullu, Solang village, near Manali on Tuesday evening. 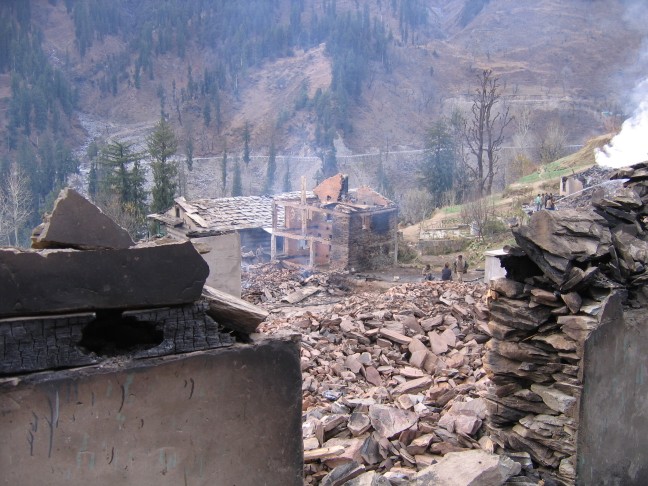 About thirty-five houses out of fifty are reported to have been gutted. Luckily there was no injuries and loss of life.

Short circuit is supposed to be the cause of massive fire which soon gutted the wooden houses.

Sixty families have been rendered houseless, while others have also abandoned their houses in fear.

â€œLady Willingdon Hospital and Dar Ul Fazal teams, Manali, were the first to reach with emergency supplies and blankets.â€ said Dr. Philip Alexander, a surgeon at LWH, in an article contribution to My Himachal Blog. 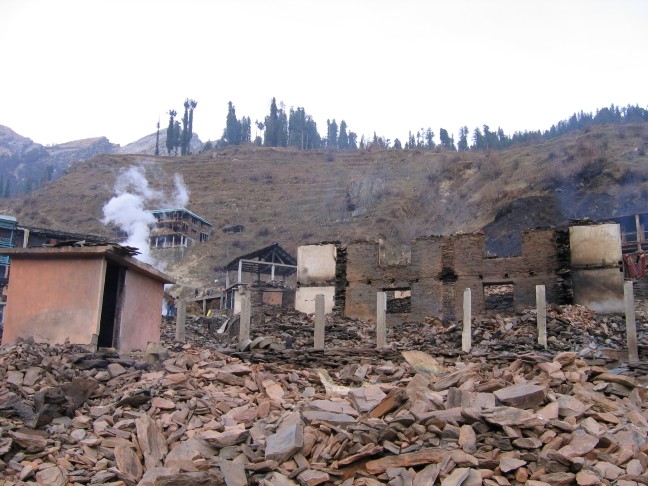 Chief Minister said that the state government would consider reconstruction of the ravaged houses under Atal Awas Yojna and directed the district authorities to prepare a detailed project report for implementation on priority after observing all codal formalities. He said that best efforts would be made to start the construction work at the earliest possible. He said that the total loss due to fire was likely to be Rs. 5 crore and the final evaluation of the loss was being carried out by the revenue authorities.

Moreover, affected villagers would be connected with motorable road on priority and a bridge constructed over the Solang nallah. 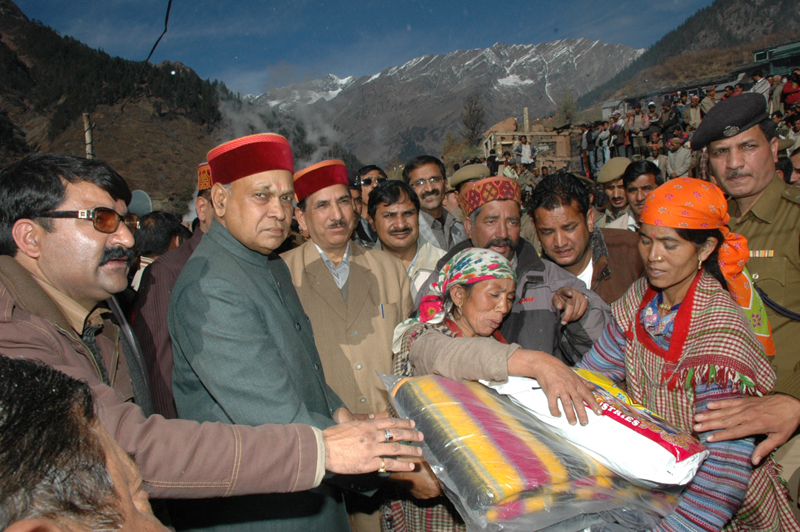 He said that Rs. 25,000 was being provided to the affected families who had lost their entire house and possessions in the fire and Rs. 10,000 to those who were partially affected. He said that besides blankets and tarpaulins, free ration would be provided to the affected families for next two months by the state government. He said that tin sheets would also be made available to the families on priority to raise their temporary shelters.

He also said that the State Government will carry out identification of heritage villages and explore insurance possibilities to preserve the rich cultural heritage for future generations.