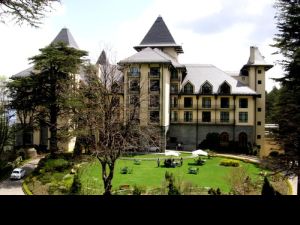 Shimla: With the tussle over Wild Flower Hall between the state government and Oberoi group refusing to settle down, government directors have recorded their dissent and refused to pass the years accounts, which show Rs 80 crore as accumulated losses on the balance sheet, rendering what otherwise is a prime property as junk.

Manisha Nanda, tourism secretary said, â€œthree government directors on the board of Hotel Wild Flower Hall management, which includes chief secretary Asha Swaroop have recorded dissent at the board meeting that was held to pass the annual accounts.â€

Sources revealed the property which was handed out to Oberoiâ€™s under a joint venture agreement in October 1995, has been incurring losses and the government by way of equity has not earned anything from the disinvestment made thirteen year ago.[/lang_en][lang_en]

â€œThe Oberoi group should honour the arbitration award and pay us our due amount,â€ he said.

Sources privy to the accounts revealed, â€œother than an amount of Rs 5 crore parked in an escrow account by way of an arbitration order, the government has earned nothing from handing over the heritage site to the private sector.â€

The government directors are reported to have disputed the loss accounts of Mashobra Resorts Ltd, which operates Wild Flower Hall.

An Oberoi group spokesperson when contacted refused to comment saying, â€œthe matter is in court.â€

However, the person who had taken a look at the accounts said â€œstaff expenditure is shown as going up and against a monthly salary bill of Rs 17.55 lakh which loss making organization would declare Rs 30 lakh as bonus and performance award for it staff.â€

An accumulated loss of Rs 80 crore on a capital expenditure of Rs 46 crore, makes the business unviable, the source said.

Hotel Wild Flower Hall, which in British days was the house of the commander in chief of the armed forces, passed onto the state government and was run as a tourism hotel.

After the old property burnt down the state government, over looking a higher bid by a rival company, decided to enter into a joint venture for operating a high end hotel.

The initial agreement with Oberoiâ€™s had spelt out 35 percent equity for the state which was paid in kind and the site was valued at Rs 7.5 crore.

Over a period of time the government equity was reduced to 21 percent as the capital cost of the 85 room hotel was shown at Rs 99 crore.

The hotel that was to come into operation within four year after signing of the agreement, but was made operational in March 2001. 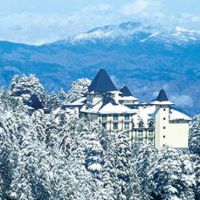 The government then disputed the hotel construction cost and attempted to forcibly occupy the property in March 2002. The dispute went to court and was referred for arbitration.

The arbitrators considered that the differences among the partners as irreconcilable and decided that the government would continue to remain owners of the property.

The arbitrator asked the government to enter into a 40 year lease agreement with Mashobra Resorts for a total amount of Rs 95 crore.

The Oberoi group was also required to pay Rs 12 crore against the state transferring its equity in Mashobra Resorts.

The arbitration award was challenged by the Oberoi group.

Wild Flower Hall happens to be a premier property of the Oberoiâ€™s that is frequented by congress president Sonia Gandhi and her daughter Priyanka Vadra.[/lang_en]