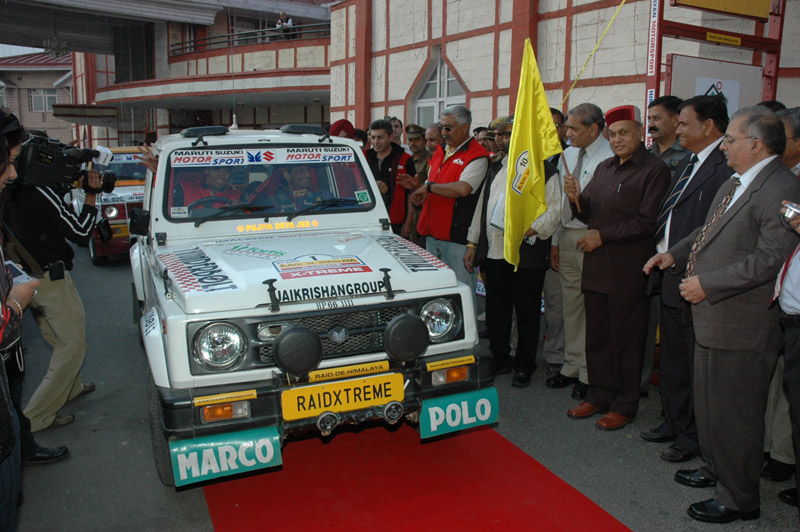 As the cars and bikes were flagged off in full spirit and zeal this morning, little was known that on day one itself a lot would happen.

Where the 54 adventure trail vehicles that finally took off in the morning have reached Sangla, it is the extreme category which saw adventure and drop outs. Out of the 32 cars that took off in the extreme category, 5 have in all likelihood have dropped out of the rally. Where Along Aier and Sandeep Sharma, both driving Gypsies had a mechanical failure, a gear box breakdown dampened the spirit of Atikur Rehman who is driving a Skoda Octavia . Sunny Siddu (Gypsy) has had a head gasket blow up.

Lt Col Rajesh Vaid’s car went about 15 feet off the road in stage one near Reo Umladwar. He and the co-driver are safe and sound and no injury has been reported. The extreme vehicles are yet to reach Manali but as of now Suresh Rana, the four time Raid winner is in the lead under Xtreme section.

Under the bikes category, 29 of the 32 that did take off in the morning have already made it as Ashish Moudghil is speeding at top in the bikes. Klaudia Honeder, an Austrian lady biker is at the third place.