After following scrutiny rounds for two consecutive days, the ceremonial flag off of Maruti Suzuki Raid de Himalaya 2008 was done by P.K.Dhumal, the Chief Minister of Himachal Pradesh today at Hotel Peterhoff. Ravi Singhania, the Chief Steward for the event and Shashank Srivastava from Maruti Suzuki were present at the occasion.

However, the rally actually begins at 6 am tomorrow as the adventure and extreme sports would get on, parking off at the Gumma factory, 65 kms from here. “Raid de Himalaya is getting a good response and Maruti Suzuki has been encouraging such events from long for it’s in Maruti’s DNA” said Shashank Srivastava. He added, “Raid is one of the toughest rallies in the world and 90% of the participants always come back the next year to participate again.” 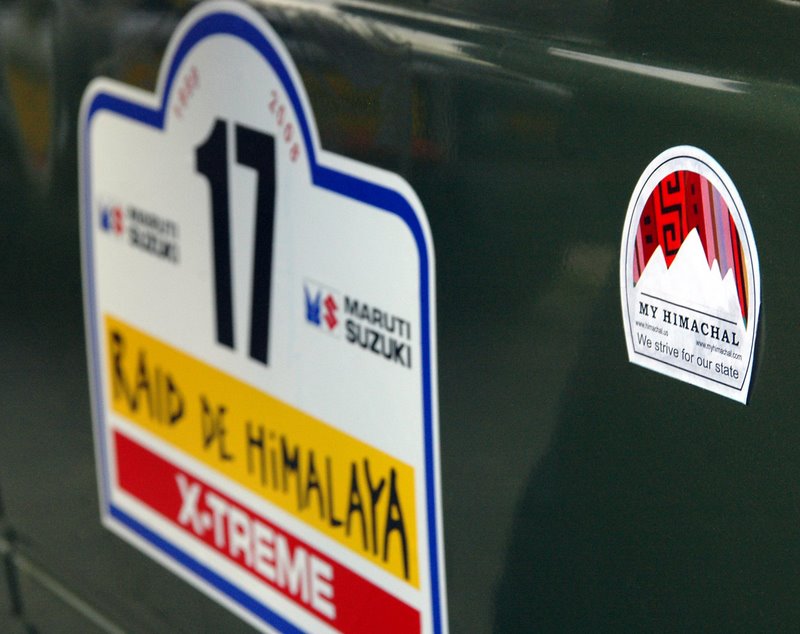 Minuting about the changes in the schedule, Manjeev Singh Bhalla, the Vice President of Himalayan Motorsports said that due to incessant rains, the rally has seen a lot of rescheduling but the level of adventure has rather increased. “There are 132 participants in extreme section while in the adventure all 60 have cleared the scrutiny round. Under the motorcycles 35 participants are already clear”, detailed Bhalla.

Praising the Himachal government for its support to the event, Manjeev informed that the HRTC has rescheduled its buses to help the rally; the police department has deployed its police officers all through the routes while the health department has assured ambulance services till nine in the night.

When asked about the safety features, Bhalla said “we have four ambulances and arrangements with Fortis hospital in case of any emergencies. Meanwhile, our officers have 5 lakhs of insurance covers as well.” Providing information about why the final destination was changed from Srinagar to Leh, Manjeev said “Events like rallies are soft targets and we have the responsibility of safety of all our team members and participants.”

Where Maruti would host three participating teams and four media teams, army has ten teams in all where other names to track are Team Godwin and Team Thunderbolt. When questioned about the less participation of foreigners and the position of motorsports in India, Bhalla said that success is always craved for but big organizations seem to be more interested in cricket.