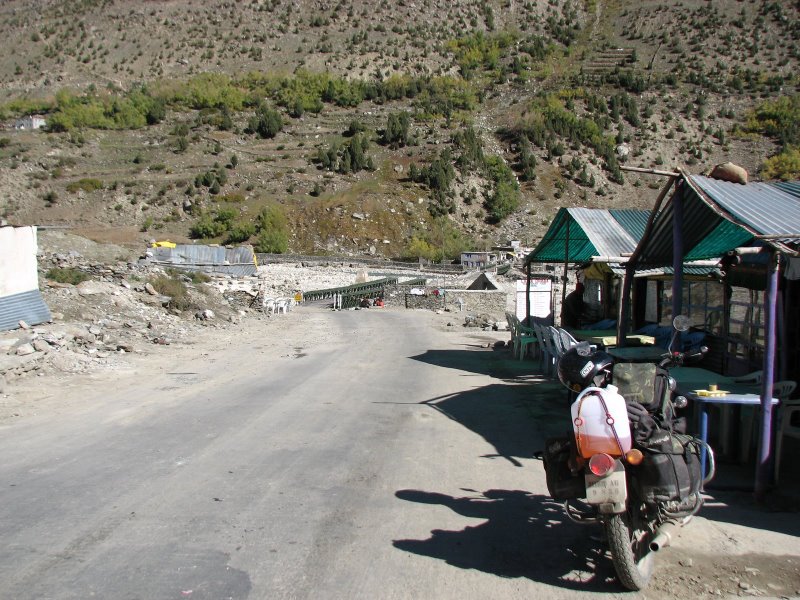 Keylong is cold. I don’t have anything against cold except that it simply means I am late by 2 hours. Creeping out of the warmed blankets is a difficult job. I had thought of waking up early and capturing the mountains in the early morning glory. To be fair to myself, I did wake up early but decided that there are too many photographs of mountains in the morning and I would stick to the afternoon. So at 10 am, I was off. 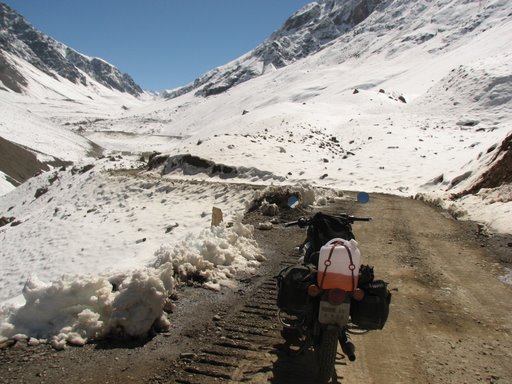 Backtracked first to Tandi about 7 kilometers to fill my newly acquired petrol canister. On the way I realized, I have only some 400 rupees on me. Now, there is only so much petrol I can buy plus I need to be sure that I will make it to Leh tonight. Otherwise I am going to be houseless and foodless in the night. Filled up some 4 litres and had my first fall; a very awkward fall; the kind that happens when you are not alert enough. Scolded myself royally and moved on but there was no damage done. The leg guards had done their job. 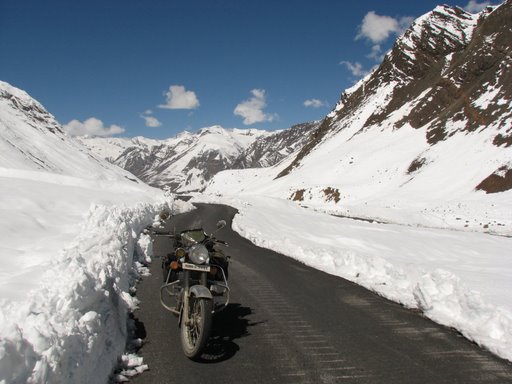 First stop – Darcha. Small 5 house place. Had my cup of tea (no food since I was trying to save money) and moved again.

Less than half hour later, I had my second fall. This one was even funnier. I was afraid as my rear tyre was flat. So I stopped to have a look, I stepped off before the bike had halted completely. It fell to the left with my leg under it. Again the leg guards justified themselves, no damage done except that my foot rest on the gear paddle broke. Baralachala was approaching.

Baralachala was a whole different ballgame. Way different than what I had expected. There were horror stories floating around about at least 6 people dying the recent snowfall. It was high and cold, unreachable by the army on a short notice if you get stuck. After the first few kilometers of dirt track, the road was better than an expressway and I am not exaggerating. It was almost surreal. Where ever I looked, all I could see was snow, nothing else. Yet, the road was such that I could have revved up to 100 kmph and wouldn’t have felt it. To put it in perspective, though, the only other defining feature of the pass were the sheer numbers of trucks stuck in snow and the number of military and rescue vehicle out there looking for dead bodies. It did dampen my spirits but there was nothing that could have been done. 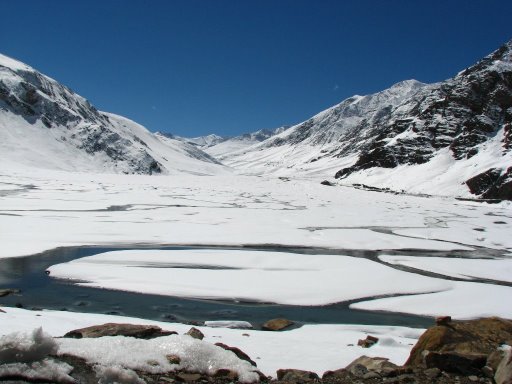 Post Baralacha came the weirdly plain and bumpy roads to Sarchu, for kilometers it was flat out high speed high risk riding. It was cold but I was enjoying it plus the sheer necessity to get to Leh by the evening. It was 1 pm when I reached Sarchu where I ordered my cup of tea but was also feeling royally hungry by now. 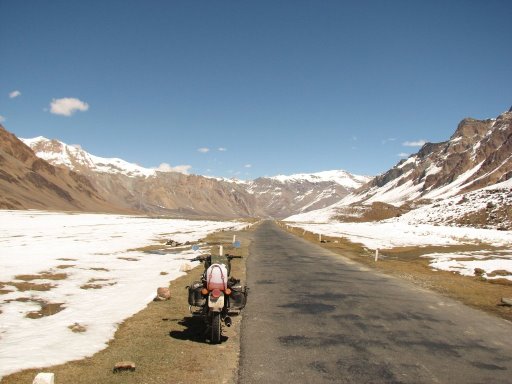 I asked the guy there – “How much for the tent?” He said 50 bucks. I was quite elated but not sure if I had heard right. So I double checked. It was right. 50 bucks for a shared tent and 250 bucks for a separate one. In Keylong, only the second part was told to me. I heaved a sigh of relief and, like a king reborn, asked him to treat me to egg magi. I had my fill and left half hour later for where ever the road took me. That was till Pang. 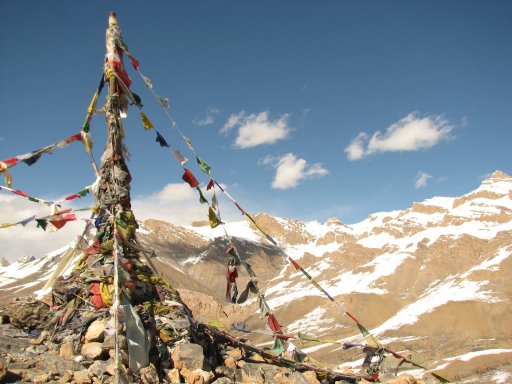 Soon, I was crossing Gata Loops, which is a nice place. As I crossed Nakeela and other random places I saw that the topography had changed quite drastically. It was more dry with barren mountains and loose rocks all over, topography as you expect at Lahaul and Spiti.

Around 4 pm, I came across the biggest stream which scared the hell out of me. I didn’t want to get wet. Went for the big dip straight in and pushed my luck to its limit. Thankfully, the legs were held high like in an orgasm. I was still dry. And suddenly, without warning, the bike slipped making for my third fall for the day. I didn’t quite realized what happened till I stepped on the road. It was frozen ice. Zero grip for my trekking shoes. I can only imagine what happens to my tyres. I tried to balance the bike and speed up to 3 kmph which resulted in the fourth fall for the day. I literally pushed the bike somehow. 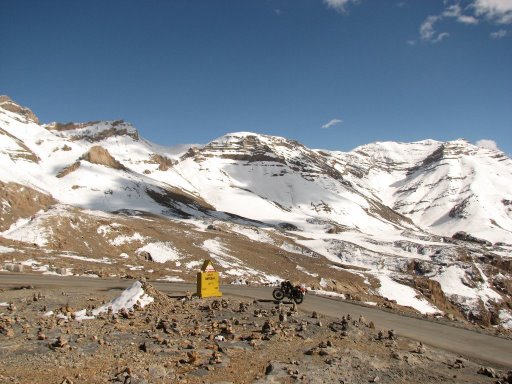 Soon I reached Pang where I got a tent for 50 bucks. Had nothing to do for the rest of the day. So just sat around gathering my thoughts, watching people, talking to truck drivers. It was unusual. Having nothing to do. Then it became even more unusual! That was the coldest night I have spent in my life. People around me were shivering, I was almost dying, my bones were shivering and I didn’t sleep a wink. It was so cold I couldn’t reach out my hand to grab the diamox in my bag. But eventually it passed. I was alive!

Thanks to Abhimanyu for sharing his experiences and clicks[/lang_en]