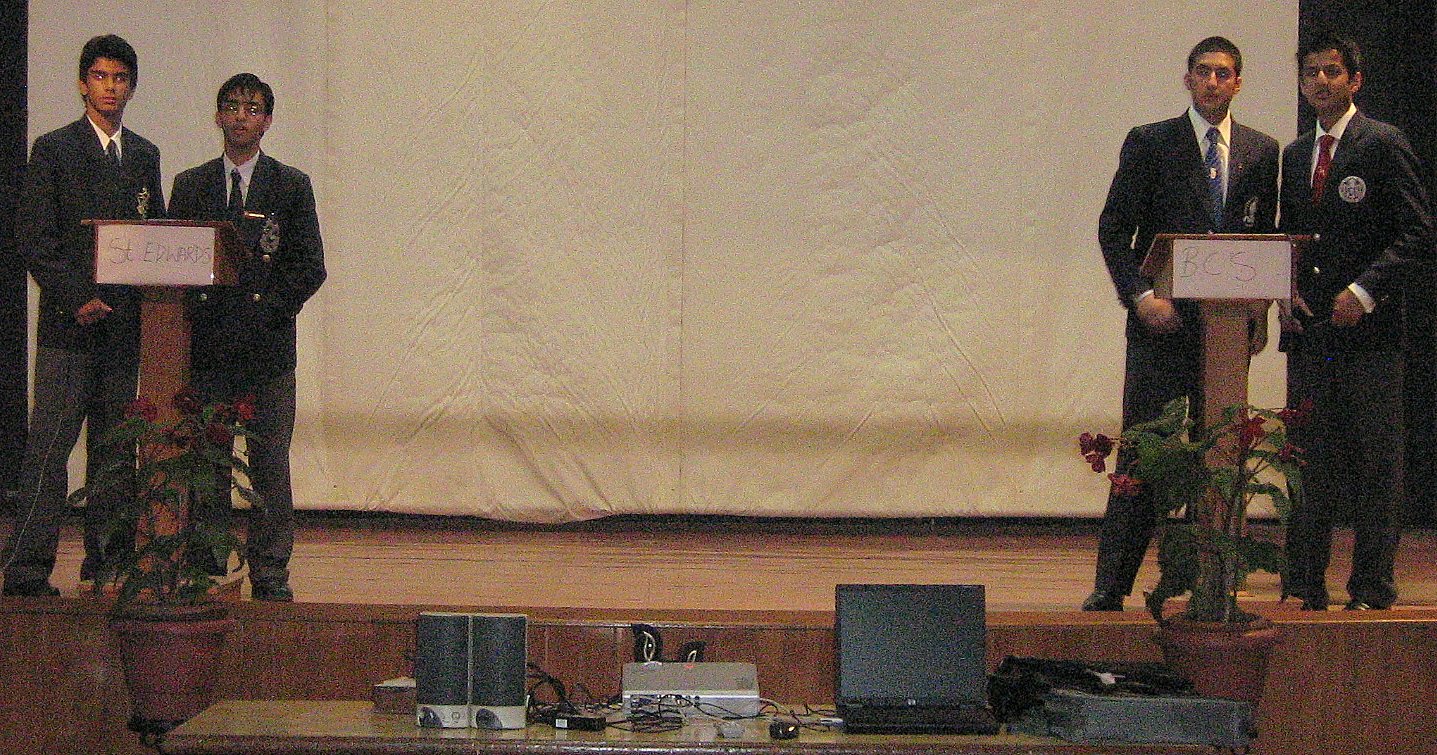 The winners on the St Edward’s team were Durgesh Nandan Singh and Salil Sharma and for runners up team included Samriddha Basnyat and Akshay Bansal.

The decider between finalists Bishop Cotton School, Shimla and St Edwards, Shimla was a random question contest that Edwards won with a margin. Auckland House School and YPS Mohali made the semi-finals but were elim

inated at level 4 of the contest.

Girls from St Bede’s and Auckland House School pitched in with song fillers tuned to a guitar that were appreciated by guests and participants,

The event conducted by the St Bede’s Debate and Dramatic Society and was supported by WWF and Mountain Himalaya Forum an NGO. Minakshi Paul, an ex-Bedian as chief guest gave away the prizes to the winners and certificates to the participants.