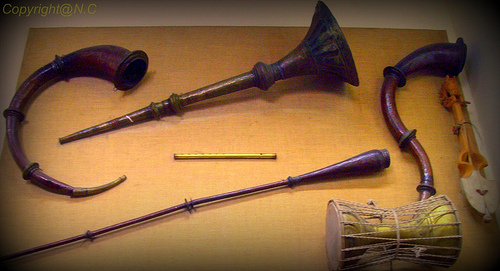 A walk to the famous Cecil or towards Indian Institute of Advanced Studies would counter you with a gate that reads Himachal State Museum. The site may look barren for first but as you keep moving uphill, the sense of British times keep on getting stronger especially when it comes to architecture. 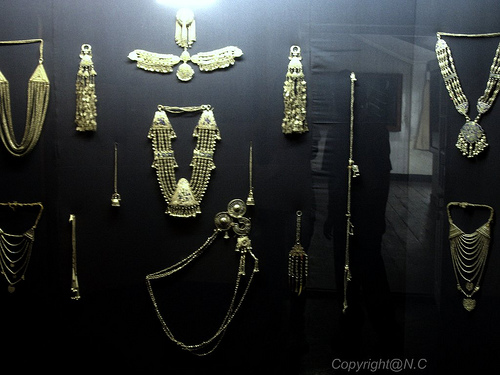 A 5 minutes uphill walk from the gates lead you to the Museum. With a modest entry fee of ten rupees, it is a marvel that the museum allows camera as well-their only condition being ‘flash off’ for rupees fifty. A peek into the history reveals that the state museum was opened on January 26th, 1974 with the purpose of collecting and protecting the scattered and degenerating heritage of Himachal Pradesh, the institute since then has been preserving the state’s culture and exhibit the artifacts to visitors as an insight into Himachal’s rich cultural past.[/lang_en][lang_en] 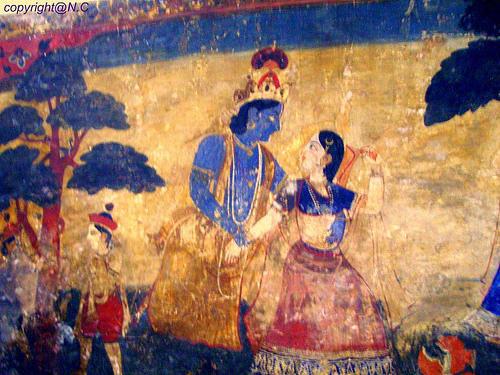 Housed in an old double storey building called ‘Inveram’ the building belonged to a General Innes in the 1860s, who owned several other properties in Shimla. It then passed on to Raja of Sirmaur and was later purchased by the Government. In the last quarter of the nineteenth century, the house was totally rebuilt of stone set in mud and was often allotted to Members of the Viceroy’s Council. Its occupants included Lord William Beresford who contributed greatly to Shimla, General Sir Edwin Collen, Edward Law, Sankaran Nair, Mohamed Shafi and Mahomed Habibullah.

Pre-Historic Gallery— At the very gate of the museum, the visitors get across some fiberglass models of extinct wild animals of Shivalik Hills. However, the gallery seems to have been closed and one can only take a look through the glass.

Wood Carving Gallery— A splendid display of wood carvings and panels collected from old homes and temples can enchant anyone with their beautiful intrinsic designs. Masks and musical instruments too find a place here!

Archeology Gallery— The section features a collection of sculptures from all over India providing a good display of the various cultures in the various parts of the country. A map on the wall features the whole heritage of cultures that have been in India.

Himachal Archaelogoy Gallery- Meanwhile, another section features a unique and rare collection of artifacts comprising of stone sculptures from different parts of Himachal presenting the skills of regional artists. The sculptures of Simhavahini Durga from Hatkoti among others are splendid.

Pahari Miniature Painting Gallery—Already well known for its Kangra school of paintings, this art room features various paintings from different schools like Basholi, Mandi and Guler. Another exquisite thing about these paintings are that they were done by prisoners of Sialkot Jail with natural colors and on hand made paper.

Wall painting gallery— The captivating wall paintings retrieved from the palace ‘Rang Mahal’ of Chamba can leave anyone impressed as the paintings present life size portraitures derived from the epics. The colors however, a little distorted yet introduce one to the lavish Himalayan culture.

As one climb upstairs, the walls display photographs of historical and important monuments depicting hill architecture from Spiti to Shimla.

Bronze Gallery— Various bronze artifacts are on display in this section. Basically, they dwell on the religious beliefs of the people. Not only pieces from Himachal but one can see a good whole collection from various parts of India here.

Numismatic Gallery— These gallery has been occupied by different kinds of coins and throws light on the complete numismatic history of Himachal. A coin of 100 rupees is a must see.

Arms Gallery—The arms gallery exhibits a collection of arms used during the 18th and 19th century which include swords and guns.

Mahatma Gandhi Gallery—The man of the century is seen visiting Shimla and among local crowd in a number of pictures here. The gallery also features few letters written by him.

Philatelic Gallery— A whole varied collection of stamps have been showcased here with the help of Postal Department of India.

Anthropological Gallery— Highlighting the culture diversity of India, dresses worn throughout India have been showcased by the means of dolls while dresses worn in Himachal Pradesh have been given a prominent place and are exhibited through life size dolls. A little attention to the shoes is necessary for any visitor.

Contemporary Art Gallery—Paintings by various famous artists like Nilima Sheikh, Sarvjeet, Krishan Khanna, Brunner have been displayed and attract a good bunch of modern art lovers. The lively sceneries and colors are so real that one just waits for them to speak up.

The museum has been developed from a self help point of view and thus, in most of the sections each piece has been displayed with its origins and place while some rooms feature basic introductions into the history of Himachal Pradesh. The museum remains open from10 AM to 5 PM and is open on all second Saturdays as well but remains closed on every Monday and gazetted holidays.