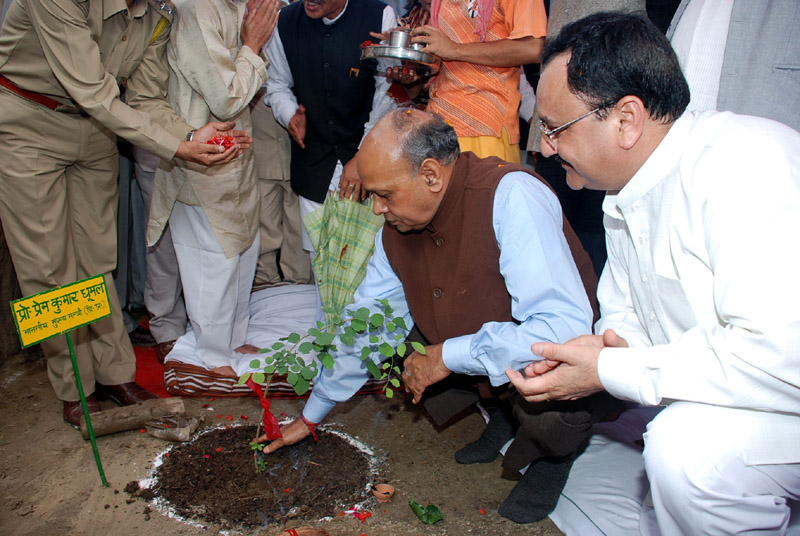 Himachal government today announced that it would reward the stakeholders of the forests for protecting the forest belt and also contributing towards increase in green cover with financial incentives as the Chief Minister launched the 59th State Level Van Mahotsava.

He said that the state government would not permit setting up of polluting and low employment generating industrial units in the State. He stated that a beginning had been made with Jan-Jan Sanjeevani Van Abhiyan in the State to benefit the people, by increasing green cover on the one hand and generating income to rural folks and about 4,500 plants would be planted in Gharyana, the venue of 59th State level Van Mahotsava and appealed to people to take initiative an protect forests.