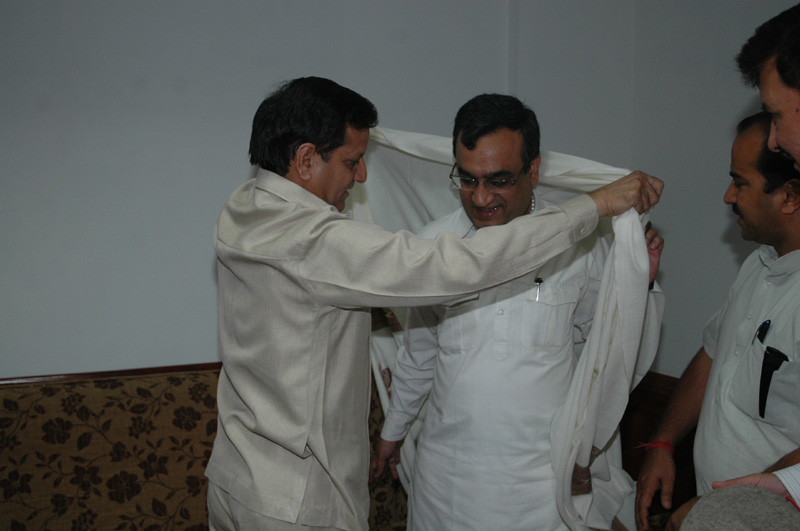 Kapoor told the Minister that State Capital Shimla is witnessing heavy rush of tourists and rapid urbanisation during last few years as a result of it the queen of hills is facing worst problem of century due to extreme pressure on basic infrastructure of the town. He told that State Government has formulated an ambitious plan of Rs. 2900 crore for improving basic service of Shimla town and told that Government has submitted the detailed project report of 11 projects worth 119.64 crore with Central Government and requested Union Minister to approve all the pending schemes relating to Shimla town.

The Minister also stressed the need of development of Dharamshala town and told that international dignitaries visit Dharamshala to pay respect to His Holiness Dalai Lama and it has acquired international eminence due to seat of His Holiness Dalai Lama. He told that importance of Dharamshala has increased due to holding of Winter Session of Vidhan Sabha by BJP Government and added that town is fast developing and needs huge investment in infrastructure development.

Maken assured the Minister that Central Government will provide liberal financial assistance to the State Government for improving basic infrastructure in the State and develop the towns as model towns in the country.