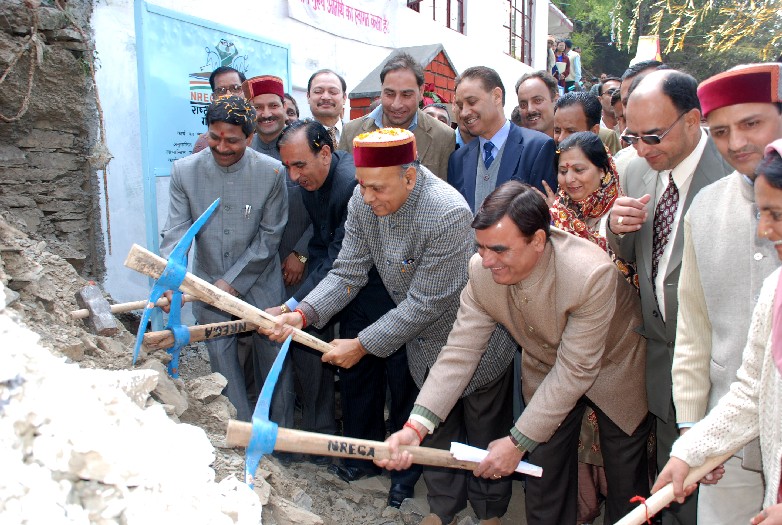 CM informed that state would consider making adequate provisions of legislation to hold direct elections to the office bearers of Zila Parishad, Panchayat Samiti, Gram Panchayat and Urban Local Bodies with a view to provide stability to the grass level units of democracy.

Dhumal said informed that the Government had decided to appoint 1,181 Gram Rojgar Prerak under the NREGA to create awareness amongst the people about the benefits of the schem.

NREGA was launched in districts of Chamba and Sirmaur of the State initially later two districts of Kangra and Mandi were added to the list which had now been extended to the entire State by covering all the 12 districts for implementation of the scheme.