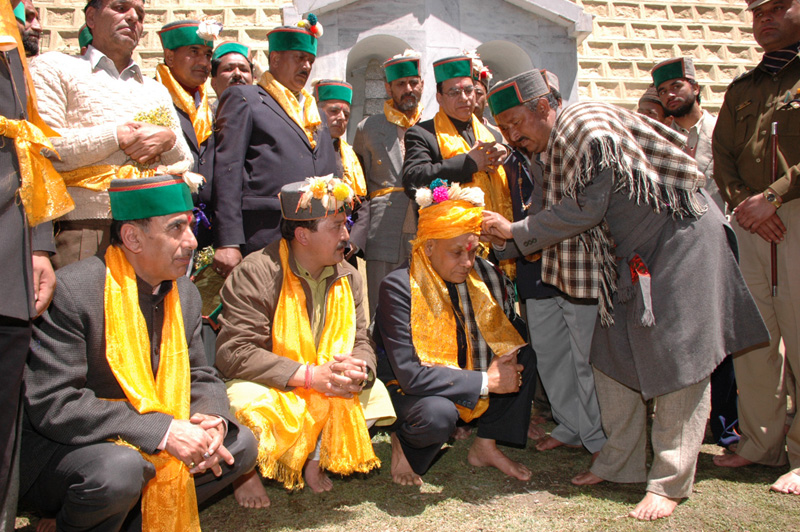 Prof. Prem Kumar Dhumal, Chief Minister said that State Government would make all preparations to deal with any flood like situation in Sutlej River and added that adequate stock of essential commodities would be made in time. He said that district administration would be put on high alert to monitor the water levels during summer season besides making required arrangements to warn people living on either side of the river. CM was addressing public meeting at Chagaon in tribal district of Kinnaur, after paying obeisance in the local temple of the presiding deity Shri Maheshwar ji in the village today. 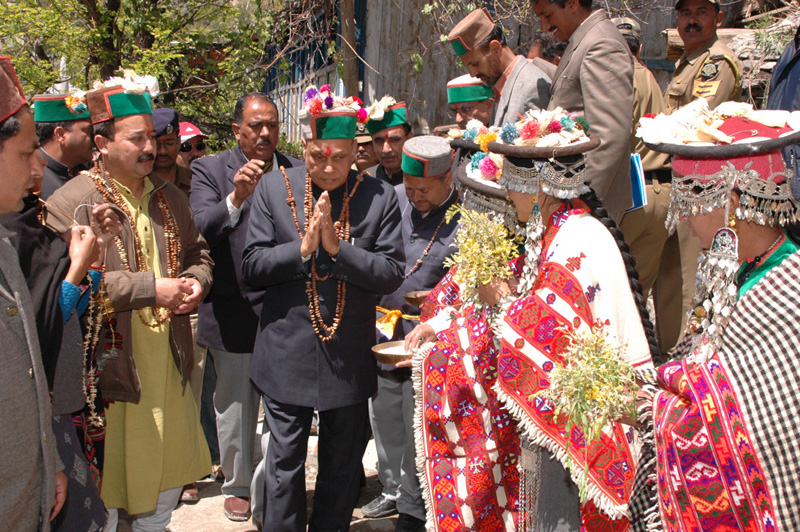 Prof. Dhumal said that with the completion of Powari bridge, Powari, Purbani and Tangling group of villages would get connected with motorable bridge and road.

Earlier, Chief Minister offered obeisance at the famous shrine of local deity Shri Maheshwar ji and participated in the traditional prayer service organized by the villagers of Chagaon.