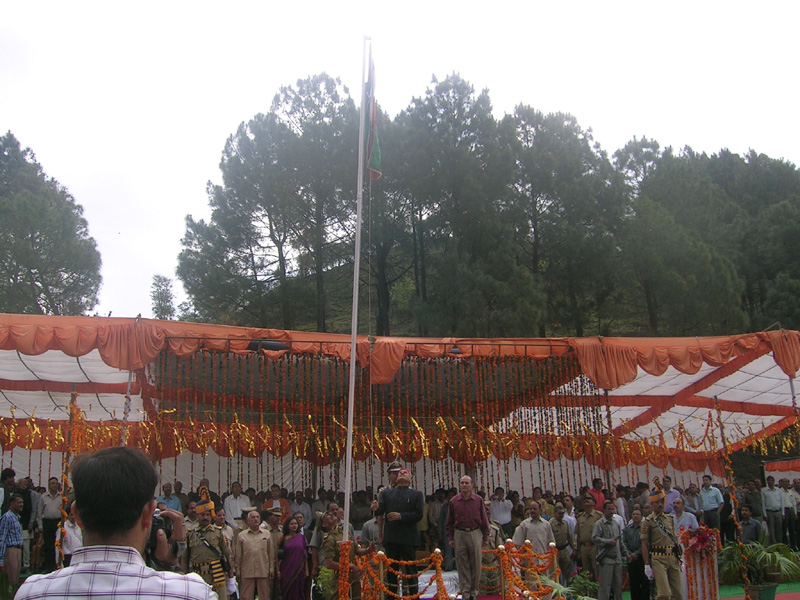 HAMIRPUR: Himachal Pradesh chief minister, Prem Kumar Dhumal gave a gift to people of state, on occasion of Himachal day function with his announcement at Kanjyan village of the district today about the state government decision to introduce ‘Atal Bijli Bachat Yojna’ and to provide four CFL Bulbs free of cost to the people of the State for which budgetary provision of Rs. 80 crore had been made. He said that all Government Offices would use power efficient lighting equipment and added that State Government would replace all old electric equipment by 25th December, 08, the birthday of former Prime Minister, Atal Behari Vajpayee. 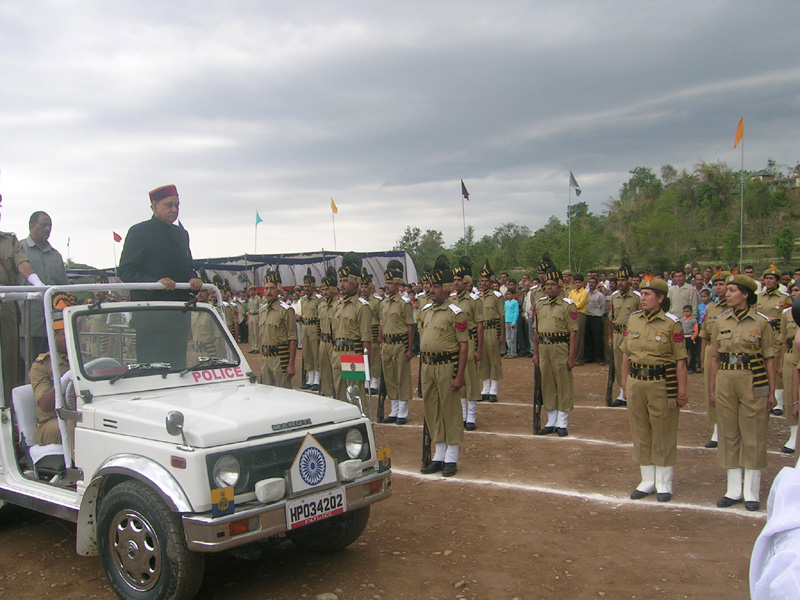 Chief Minister said that three IRBs including one exclusively for women had been got sanctioned which would generate employment to over 3000 unemployed youth. He said that State Government had decided to provide safe and secure life to single women who would be provided free medical aid and separate Ration Cards on fulfilling eligibility conditions besides social security pension to the deserving. He said that social welfare was on the top agenda of the Government.

Prof. Dhumal said that State Government had decided to issue one lakh Soil Health cards to farmers after getting the soil tested in order to motivate the farmers to cultivate income generating crops. He said that agriculture sector had vast potential for generating self-employment avenues to the youth. He said that NREGA had been implemented in all the 12 districts of the State where every job card holder would be eligible to get 100 days of assured employment in a year. He appealed the people to get them registered and to get job card in order to avail the benefit under the scheme.

Prof. Dhumal said that health sector would get strengthened as 250 posts of MBBS and Ayurvedic Doctors, 1000 posts of Para Medical staff and 1172 posts of Gramin Swasthaya Sahayaks had been created and recruitment process was in progress. He said that 26,000 posts would be filled up in a number of Government departments during current financial year alone which included 18,000 posts in education department itself. He added that more employment and self-employment avenues would be created private sector as well.

While addressing the audience on this occasion, Dhumal paid full respect to Dr. Yashwant Singh Parmar, the Founder and the first Chief Minister of Himachal Pradesh, who helped in laying a sound foundation for development of the State.

Chief Minister said that election manifesto of the party had been adopted as policy document of the State Government and all the departments have been directed to implement it in letter and spirit and added that strict vigil would be kept over the progress on the same.

He gave a clarion call to the people to extend a helping hand to the state government to accelerate the pace of development that became visible during the last one hundred days of BJP led government in the state. He said that whatever the state is today that is due to the selfless contribution of its people, who were the real custodians of the state.

Tightest ever security measures have been made by the police during the function keeping in view the threats of anti social and anti national elements to disrupt the state level and important functions all over India. It was first time in the history of the district that such steps were made for the security of the local chief minister.

Dhumal chided those who were leveling various types of allegations against the present government. These people were upset with their defeat in the last election and again feared their rout in the coming Lok Sabha elections. He gave a clarion call to the people not to be misled by the false propaganda of such elements and oust them from the state politics after next Lok sabha elections.

He re-iterated the promise of the party for providing corruption free government and society. He said that the government had already taken steps in this direction and arrest of two senior Congress leaders including a former Minister and a former chairman of a board was an example to this direction. He said that he would not tolerate corruption and such persons would have their place in jails only. 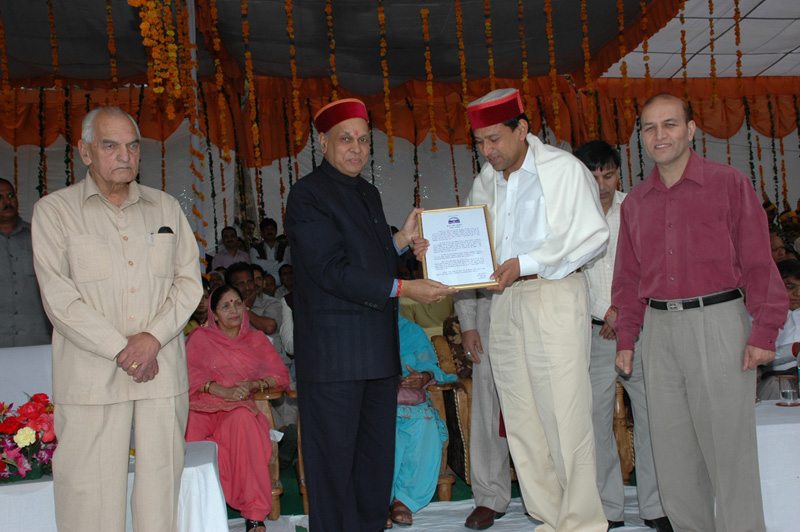 Dhumal on this occasion honored three eminent persons with the ‘Prerna Strot Puruskar’ started by the state government for the people who have outstandingly contributed towards the development and social welfare of the state in different modes and emerged source of inspiration to rest of the society. Those were honored on this occasion were Suresh Neotia, Chairman, Ambuja Foundation; Sachit Jain, Executive Director, Wardhman Group of companies and Dr. Devender Rana, world renowned Nephrologists of the country hailing from a small village Dasmal in district Hamirpur.

Chief Minister awarded Chander Singh of Kinnaur district, Dhani Ram of district Chamba and Parma Nand of district Mandi, with first, second and third prizes and Kumari Disha Bhardwaj of Bilaspur with a cash prize of Rs. 3500 for their contribution in the handicraft sector. He awarded Narottam of District Mandi and Sita Ram of District Kullu, Ms. Karyudh Dolma and Ms. Yashwanti Negi of district Kinnaur for their contribution in the handloom sector.

Later, Chief Minister dedicated the new college building of Government Degree College Tarkwari in Bhoranj Sub-Division of District Hamirpur completed at a cost of Rupees two crore to the people of the area. He said that combined office building would be constructed to accommodate officers of various departments including the SDM office. He thanked the people for donating land for construction of College building.

A variety cultural programme was presented to mark the occasion.