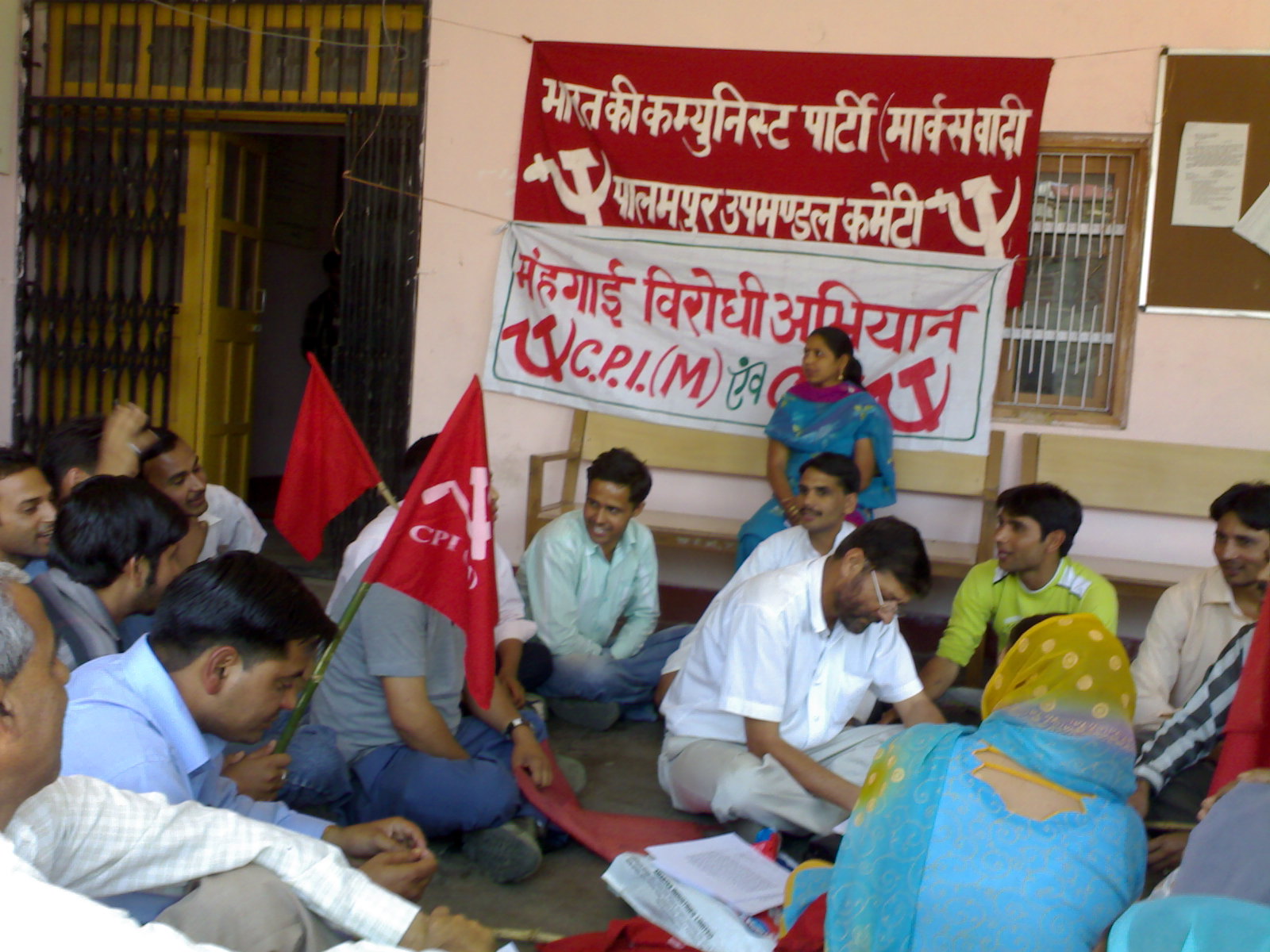 PALAMPUR: Hundreds of workers of Communist Party of India today staged a dharna in front of the office of local SDM here in protest against rising prices of essential commodities and failure of central and state government to control it.

Earlier workers of CPI took out a demonstration in the town. They passed through main streets of the town raising slogans against government. Later a rally was also held in front of the office of SDM, where various CPI leaders criticized the UPA government for its failure to check the prices of essential commodities. They alleged that UPA government was patronizing big companies and allowing them to open mega stores in the country. These companies were indulging in hoarding of essential commodities, creating artificial scarcity of essential goods and later selling these at high rates.

The CPI leaders alleged that none of the UPA leaders were serious to control the prices of essential commodities and advocating that high prices were result of failure of US economy. They said these leaders were befooling the people. Despite bumper crop in the country last year, prices of essential good remained beyond the reach of common man. On the other hand the farmers were not getting remunerative prices for their produce, they were committing suicides.

The CPI leaders also criticized the Dhumal government for its failure to make available essential commodities in the fair price shops. They said since when the BJP government had come to power in the state there was an acute shortage of all goods in fair price shops opened by the government.

The CPI threatened to launch state wide agitation on this issue if UPA government failed to check prices.