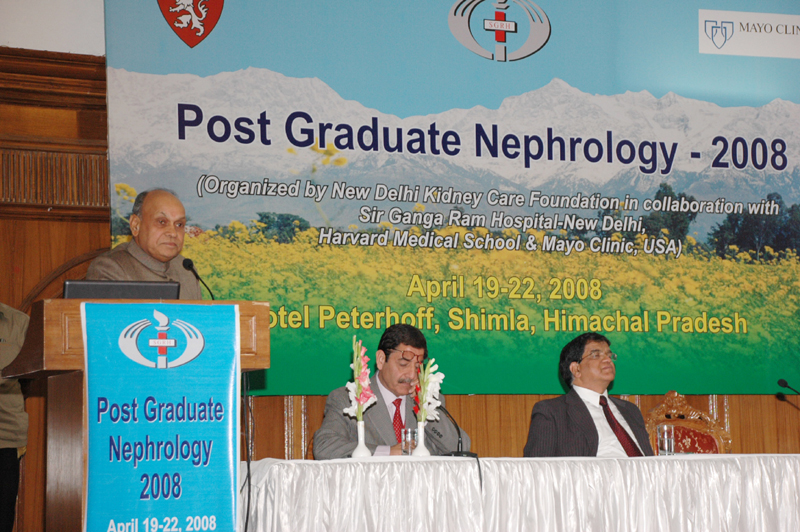 Chief Minister said that Himachal Pradesh being Himalayan State had been blessed with immense natural wealth in the shape of valuable natural flora and fauna, rare medicinal herbs and bio-diversity. He said that the bio-diversity had potential to grow rare medicinal herbs in sufficient quantity to cater to the need of pharmaceutical companies manufacturing ayurvedic and allopathic medicines. He said that atleast quantum of the drugs originate from medicinal plants which if cultivated scientifically could generate employment and self-employment avenues to the rural youth.

Prof. Dhumal said that State offers best climatic conditions to give boost to health tourism where medicinal herbs could also play supplementing role. He said that network of about 1118 ayurvedic health institutions had been created all over the State, besides, developing herbal gardens at different climatic zones to scientifically cultivate the medicinal herbs as also motivate State farmers to cultivate medicinal herbs in their farms to get higher income from their land holdings. He said that the scientists of the State were also providing technical know-how to the farmers showing interest in herb cultivation. He added that State Government had made it a time-bound programme to get the farm soil of one lakh farmers tested during current financial year and issue them ‘Soil Health Cards’ with the suitability of the farm land for particular type of crops and herbs.