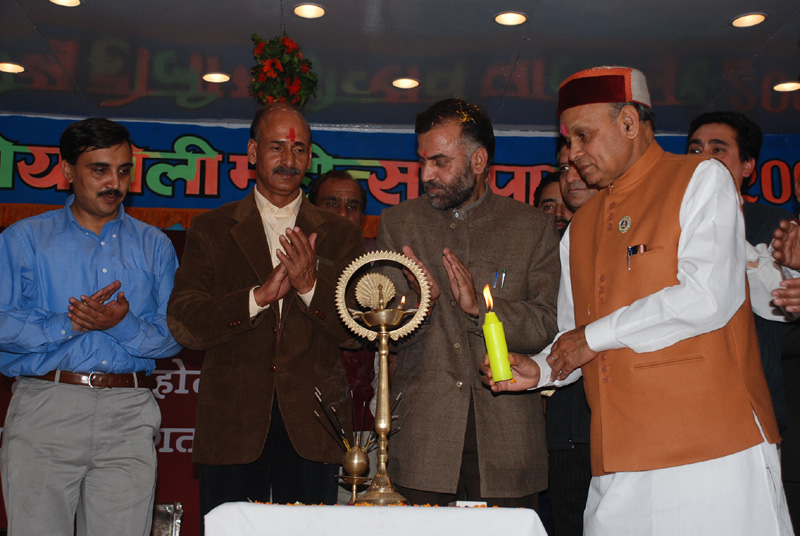 Prof. Prem Kumar Dhumal said that possibilities would be explored to start the early construction of Palampur- Neugal Ropeway to boost tourism activities in the area.

He said that Sourabh Kalia Van Vihar would also be developed as a mark of respect to the martyr, who laid down his life for the sake of the nation.

He added that Vivekananda Memorial Research Centre and Hospital Trust would also be provided all possible help to get the same completed. He said that Rs. 4.23 crore had already been provided to the Trust and efforts would be made to complete the Centre so that quality medical education and services were made available to the people.

Prof. Dhumal said that Kangra airport would be expanded to accommodate and facilitate the landing of higher capacity planes. He said that Union Government had also been urged to modernize the aerodrome and make available, night landing facilities to provide round the clock air services to the visitors coming to the Kangra valley.

Chief Minister added that martyr Vikram Batra and a number of other martyrs had brought laurels to the nation by sacrificing their lives for the sake of the country.

Chief Minister announced Rs. 5 lakh for re-construction of the Holi Manch at Palampur.