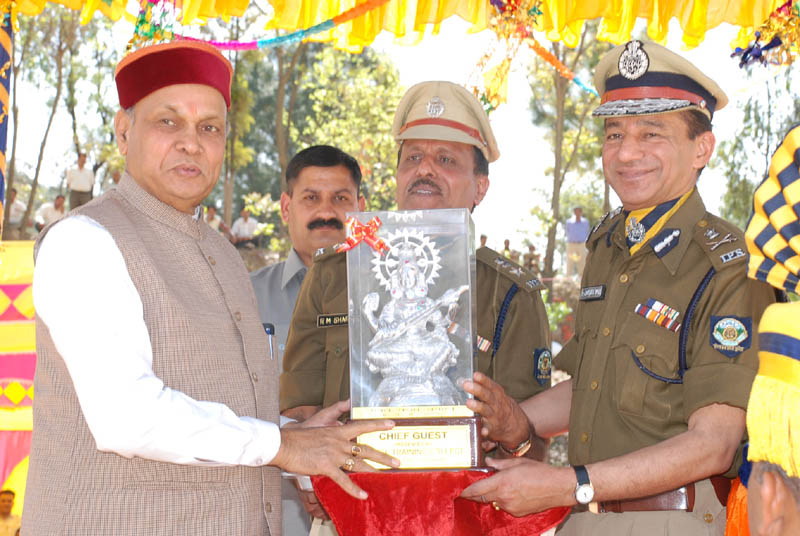 State is poised to be first in the country where all the police stations would be inter-connected and latest modern facilities like computer and internet services would be provided under Community Integrated Police Application (CIPA). Prof. Prem Kmar Dhumal, CM said that the department would be modernized in order to make it more efficient so that best services could be delivered to the people. Chief Minister was addressing a high level review meeting of the State Police Department at PTC Daroh in district Kangra today.