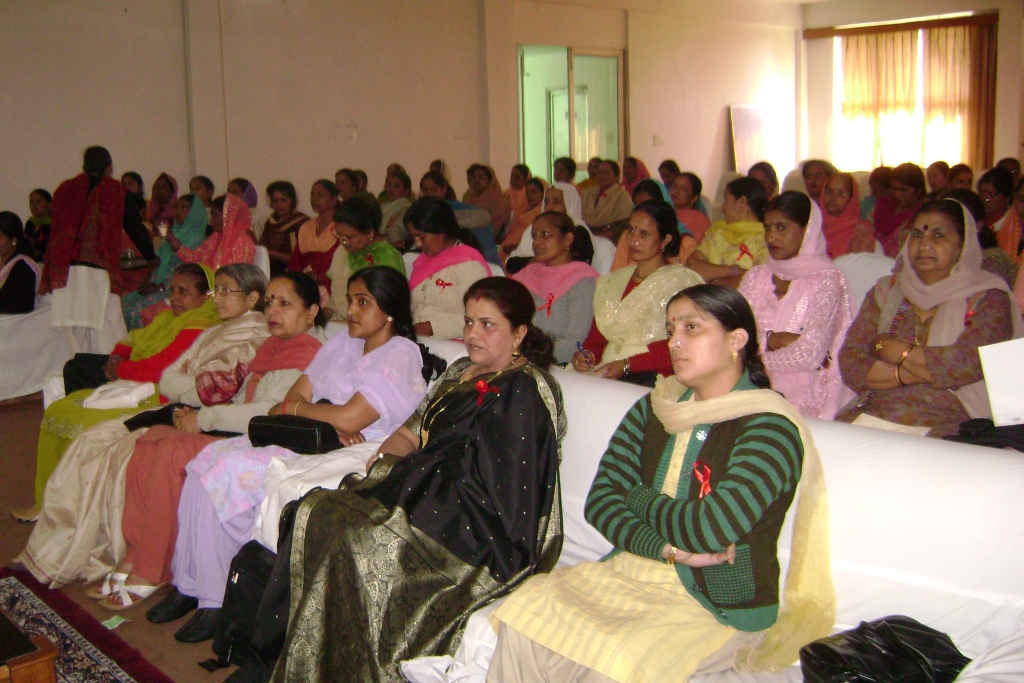 Palampur: District level convention of International women day 2008 was held at SM Convention Centre Palampur. The participants called for women’s empowerment to end female feticide and fight the HIV/AIDS. The chief guest Sh Ravinder Ravi IPH Minister Govt of HP, said that the government was committed to women’s empowerment and gender budgeting. He expressed concern about the declining sex ratio in the state: The sex ratio has improved from 816 in the year 2006 to 846 females per 1000 males in 2007 due to efforts by all sectors of society.Dr JS Chandel CMO elaborated the various schemes under the National Rural Health mission for protecting the girl child. In the patriarchial society, son preference is leading to skewed sex ratio which will lead top various social problems. He told that 10,000 cash prize is given to any informer on female feticide. Also those couples adopting sterilization after one child are given 25,000 incentive. The Govt. is committed to reducing female maternal mortality rate and a sum of Rs 700 is given for institutional delivery to BPL, SC, ST families. BMO Gopalpur Sumanju Dhiman told the women about various schemes of the health department to improve women’s health. Over 250 participants attended the meeting and were given training kits on HIV.

Counselor ICTC Dharmasala, Meena told that anybody can get free and confidential HIV test at ICTC , Room No. 402, Zonal Hospital, Dharamsala. Dr. Surinder Singh, DAPO Kangra further told that children of HIV positive are given monthly financial assistance of Rs. 300/- to Rs. 700/- and amount of Rs. 80,000 has been disbursed to various beneficiaries in the district.

Condoms have been given for free distribution at all Indian Oil Petrol Pumps. Red ribbon clubs have been constituted in colleges and ITIs to increase awareness about HIV/AIDS. All Self help groups and trained anganwaris workers will be forming Red Ribbon Clubs shortly. He added that stigma and discrimination is a barrier to access to services, and we should accept the people living with HIV AIDS as the disease is not spread by causal contact.