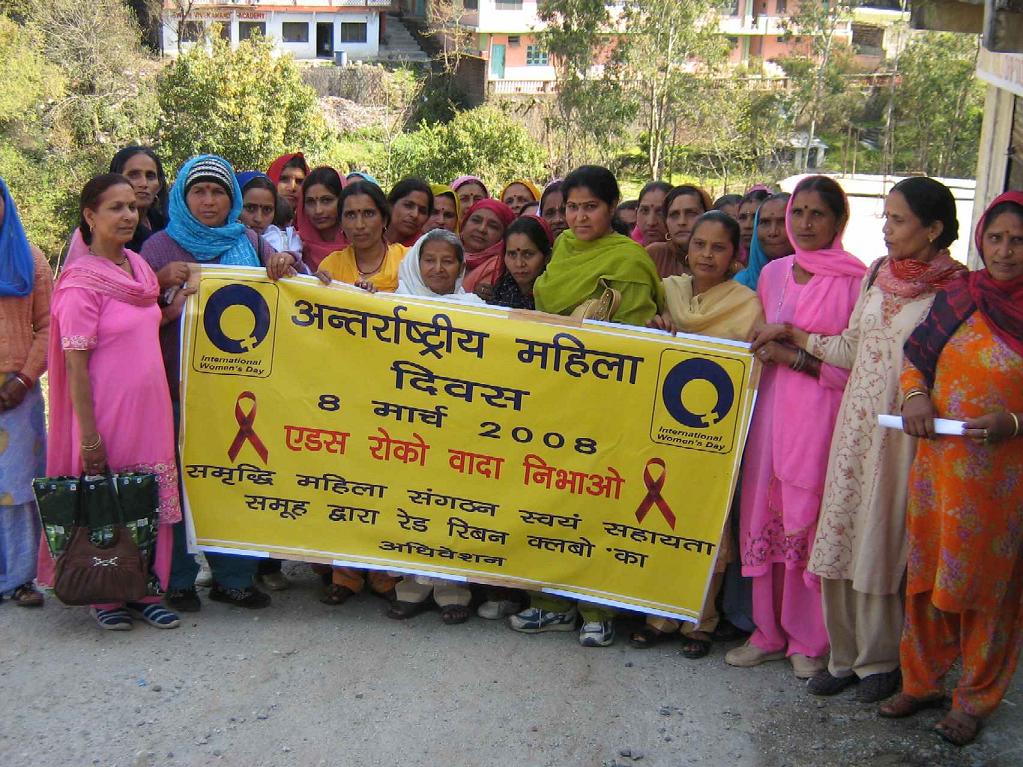 Thakurdwara (Palampur) : 50 village women from 20 Self Help Groups associated with Samridhi Women’s’ Cooperative Society came together at the society’s Thakurdwara facility to celebrate Women’s’ Day today. The celebration was organized by Samridhi in collaboration with Himachal AIDS Control Society. The women discussed their general health and sanitation related problems and were provided information about how to protect themselves from diseases including AIDS and Sexually Transmitted Diseases. While discussing AIDS, women wondered how to make their men use condoms for safe sex since men are not interested in using any precautions. They only pressurize the women to take precautions. Unless the men are convinced to use condoms, it would be difficult for women to save themselves from AIDS. In this regard the women felt the need to organize awareness camps for men also. The women promised that they shall discuss the issue of AIDS amongst the women in their production groups and other village women.