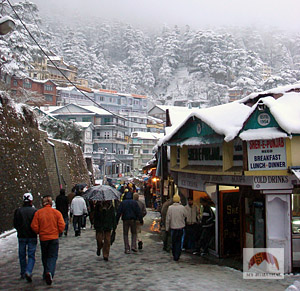 Shimla: After experiencing heavy snowfall people of the hilly areas of Himachal Pradesh showed movement and life was seen back in the shops and markets.

However, the sky is clear since two days and is expected to be clear in next 24 hours but coldwave conditions continue to prevail across the state where night temperatures pulmmet two to four degrees.

Vehicular traffic has restored on all the major roads that were under snow for the last few days like in Shimla the National Highway No 22, which was blocked beyond Dhalli, the Chamba-Pathankot road and the Chamba-Bharmaur road after the district expericed seasonâ€™s heaviest snowfall.