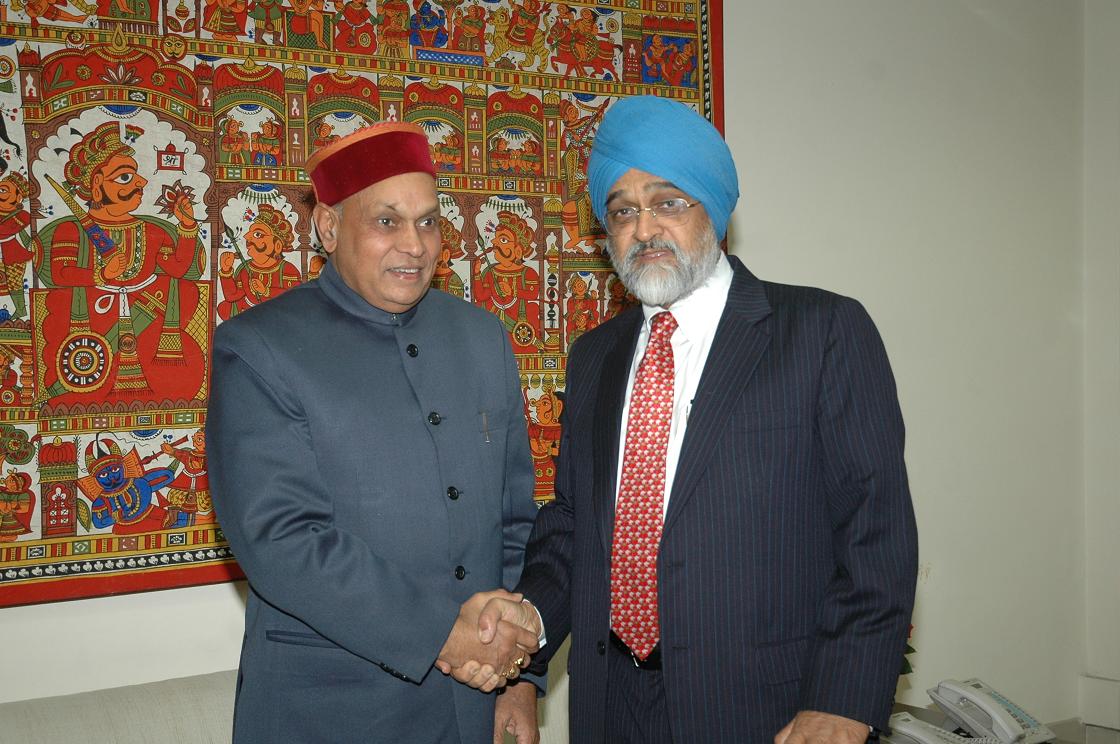 Shimla: Marking out funds for equity participation in hydel projects and laying of a railway track from Bhanupali to Bilaspur, the planning commission today approved Himachalâ€™s annual plan of Rs 2400 crore, which is more than Rs 300 crore from what it was last year.

The chief minister disclosed that social sector was accorded top priority in the plan and Rs 818 crore which constitutes 34 percent of the annual plan had been allocated for the sector.

The plan has earmarked Rs 37 crore as state share for construction of the Bhanupali-Bilaspur railway line. The 63 kilometer rail track is expected to cost Rs 1047 crore, said Dhumal.

Dhumal revealed that four major irrigation projects that included the Shah Nehar, a flood control and irrigation scheme, Sidhatha ,Changer and Balh valley irrigations schemes would be completed during 11th Five Year Plan. He said that work on these schemes would be started soon and Rs 130 crore had been earmarked for them.

The chief minister sought the planning commissions intervention is securing the states share in various hydel projects executed by central agencies. Dhumal said that the state was incurring an annual revenue loss of about Rs 1600 crore because of non-allocation of its due share in the Bhakra Dam, the Beas-Satluj Link and the Pong Dam projects.