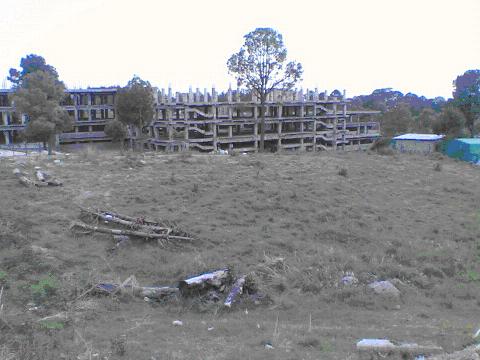 PALAMPUR: The construction of rupees eighty crores Vivekanand Medical College and Research Trust (VMRT) being set up here by has come to stand still for wants of funds. The trust had spent over thirty crores on this project till date and main buildings, hospital block, nursing hostel, residential blocks, guest house have been left half completed as the funds received by the trust have been exhausted.

The proposal to set up this super specialty medical institution here was mooted by Mr. Shanta Kumar, in 1992, when he was Chief Minister of the state. This medical institute was meant to provide quality medical care to the people of the lower region of the state where there was no medical facilities worth the name. The foundation stone of this project was laid in 1992. Unfortunately this project remained a victim of dirty politics for ten years as the governments who ruled the state did not bother for its early completion.

Earlier this project was a joint venture of Himachal Pradesh government and Apollo Group of Hospitals, who had to run this institution through a trust. But later the Apollo group left this project half way, thereafter neither state government nor any other private party has shown interest in the completion of this project. For almost ten years the project remained confined to the official files. Congress as well as BJP who ruled the state in past ten years virtually abandoned this project.

Since this was a dream project of Mr. Shanta Kumar, who was the only force behind initiating the idea to set up such a big medical institution here. He continued his crusade and after facing lot of difficulties and official bottlenecks he was finally succeeded in reviving trust with certain changes to run this institution. 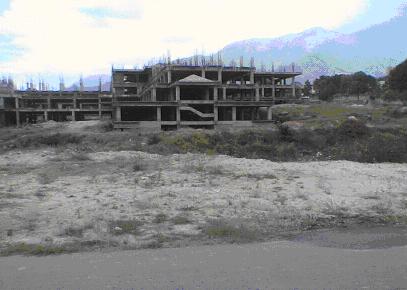 Later in 2000, when Mr. Shanta Kumar joined the union cabinet, as a Union Minister for Food and Supplies he decided to revive this project and sought the public cooperation to complete this venture. He received overwhelming support from the public of northern region of the state who liberally contributed to this project. In few months the trust received donations of rupees thirty crores.

The trust was reconstituted in 2002 to execute this project. Besides, Mr. Shanta Kumar other social workers and respected citizens of the region were also included in the trust as trustees. The old trust in which state government was also one of the trustees was dissolved. The then Chief Minister Prem Kumar Dhumal also transferred rupees 3.5. crores lying in the bank in the name of old trust and valuable land measuring 40 acres situated in the heart of the town to new trust on token lease of rupees one per year.

Almost 50 percent constructions work of the institution is complete and remaining work has been suspended for want of funds. This project was being set up under the guidelines of experts of All India Institute of Medical Sciences (AIMS) New Delhi, who had been regularly visiting and watching the progress. Besides, they were also providing technical guidelines to the trust.

Besides, setting up of a super specialty hospital with 500 beds (indoor) the project also envisages providing, medical college, nursing institution, para-medical school and yoga & naturopathy treatment facilities. The trust has made a specific provisions in itâ€™s by laws to keep 20 percent beds reserved for poor patients and free medical aid to them. The trust is also committed to provide other medical facilities on most affordable rates to other patients.

The first phase of project which included naturopathy center known as Himalayan Research Institute for Yoga and Naturopathy has already been commissioned and providing quality services in naturopathy and yoga to the people of this region and adjoining states. Five naturopathy and yoga experts in different fields have been appointed by the trust to serve the people. Indoor facility to over three hundred patients has also been provided inside the center by the trust.

The estimated cost of this project is approximately rupees 80 crore when completed. The entire funding of project is being met with by donations from individual and institutions. The people from all walk of the society had come forward to donate liberally for this noble cause.

Rev. Dalai Lama, the head of Tibetan Community here had given rupees 5 crore for one block of the hospital which has also been named as Mount Kailash Prakhand. Birla group of industries have also donated rupees 3 crore so far for the construction of yoga and naturopathy center.

The government servants, bankers associations, domestic servants had also come forward with donations for this institution. Even the school going children have not lagged behind and had gone to the extent of donating their pocket money for the cause.

Keeping in view the estimated cost of the project, the trust is facing financial rises and is unable to complete this project in near future, if no funds were arranged. However the trust is hopeful that the institution will be functional with in a year.

Photo (1) A view of half completed building of Vivekanand Medical College and Research Trust at Palampur.

Photo (2). The Half complete picture of main Hospital Block of Vivekanand Medical College and Research Trust.