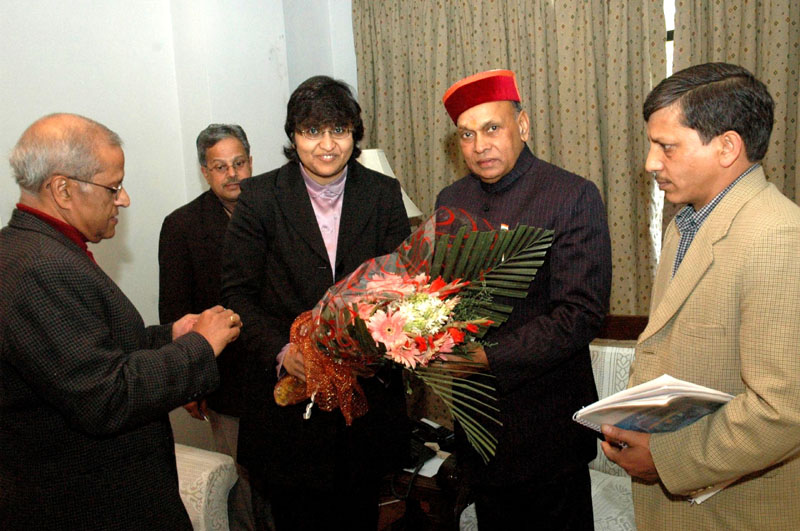 Dr. Anita Geol told the Chief Minister that the proposed park will be set up with total investment of about Rs. 2000 crore on 500 acres of land in Nalagarh Sub Division of Solan district. She told that project will be completed in nine year time in three phases and around Rs. 400 crore will be spent to create world class infrastructure in the first phase of project.

She said that second and third phase will be funded by Foreign Direct Investment from international consortia including contributions from real estate, banking partner and business houses of U S. She told that variety of educational, health care, manufacturing and human resources development programmes will be launched under the project.

Chief Minister while appreciating the project proposals assured the Chairman Dr. Anita Goel that Government will take positive approach for setting up of the project and assured all help for speedy clearance of the project in time bound manner. He said that his Govt was committed for attracting massive industrial investment for creating employment opportunities and accelerating the economic development of the state, a government spokesman disclosed.