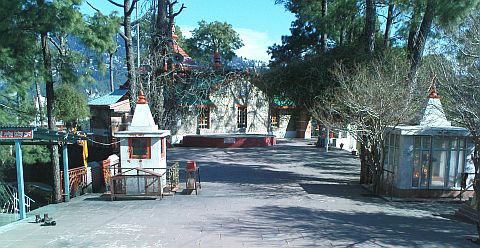 Shimla: Himachal Pradesh also known as â€œDev Bhumiâ€ has uncountable number of temples. Many of these temples have become famous tourist spots and one among them is the Holy Shrine of Shri Sankat Mochan temple, towards the west of Shimla district.

Among lush green trees the temple is situated 5 kilometers away from Shimla near Tara Devi on the Shimla-Kalka highway. Its calm and peaceful surroundings attracts thousands of tourists every year. Moreover, being next to highway it becomes easily approachable for the devotees of Shri Hanuman Ji.

Looking back at its history youâ€™ll come to know that the temple was inaugurated in 1962 by former Lt. Governor Raja Bajrang Bahadur Bhadri who was motivated by Baba Neeb Karori Ji Maharaj to take up the task of building the temple.

Earlier the temple was looked after by the local people but in the year 2004 the Himachal Pradesh Government took the responsibility of the temple in its own hands and a trust was established. 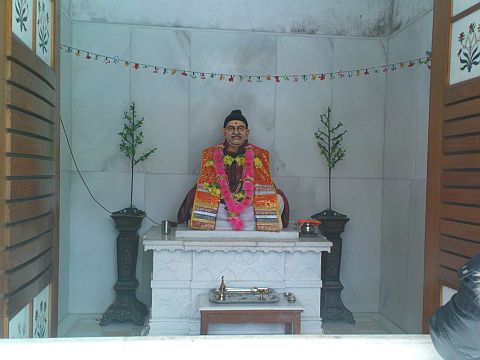 It is a temple of Lord Hanuman and Rama along with temples of lord Shiva, Ganesha and â€œNav Grehâ€ (Nine Planets). After Baba Neeb Karori Ji Maharaj took â€œSamadhiâ€, a huge statue of him was placed in a temple facing towards the main Sankat Mochan Temple.

The Ganesha temple at Sankat Mochan was constructed in year 1994-95 by the architects of south India and the priest of the temple claims it to be the first Ganesha temple in Himachal Pradesh of its time, in south Indian architecture. The temple was inaugurated by Jagat Guru Kanchi Shankaracharya Ji of Kanchipuram, Tamil Naidu. The temple constitutes of 16 Ganesha Statues.

Some prominent festivals celebrated at the Sankat Mochan temple are Ramnavmi and Dusshera. On the pious occasion of Ramnavmi there is a special program which includes havan where a prominent figure is invited for â€œpurn aahutiâ€, lord Rama is dressed in new clothes on his birthday and then the effigies of Ravana, Meghnatha and Kumbhkarana are burnt in the temple ground. These effigies are made within a time period of 10-15 days by special artistes from Meerut. A Ram Lila party from nearby area comes to burn the 40-35-30 feet high effigies of Ravana-Meghnatha-Kumbhkarana, respectively, from the arrow of enacting Rama and Lakshamana of the ram lila party. 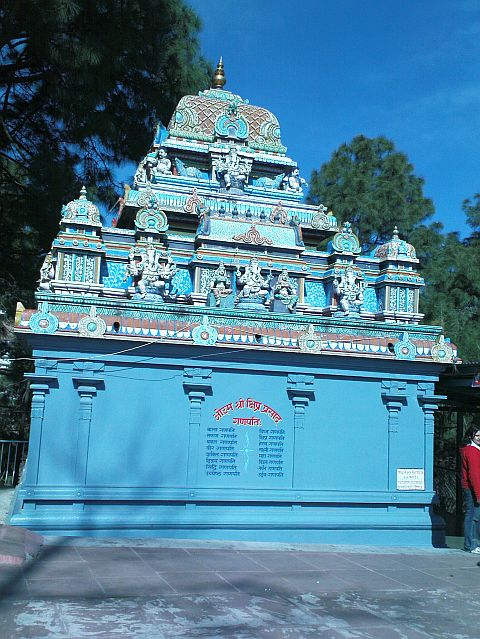 twelve noon to 3:00 PM. If a devotee wishes to organize a langar from his side he has to book it in advance and the booking goes six to seven months in advace. The expenditure is nominal for two types of menu i.e. Pahari Dham having expenditure 15,000-20,000 and Kangari Dham having expenditure of 20,000-25,000 for about 3000-4000 people. An official told that the menu of the langar is dependent according to the choice of the organizer. Moreover, on every Tuesday Halwa prasad is distributed to the devotees and even it follows the same process as langar with an expenditure of about Rs. 1100 only.

Even marriages are organized in the temple which can be of two types to differentiate, simple in which codal formalities are fulfilled and boy and girl get married by putting garland on each other. Whereas, as per someoneâ€™s requirement the temple also provides a hall, utensils and two rooms for rent of Rs. 3500 per day for a marriage.

If someone wishes to attend the morning and evening prayers of the temple then here are the timings according to season:

A ten day fest is held on the occasion of Vinayaka Chturthi which commence in the month of September, as told by the priest of Ganesha Temple.