JAWALAMUKHI 26 Jan.: Felicitating the people of Kangra District on the eve of 59th Republic Day, Revenue and PWD Minister Thakur Gulab Singh remembered the services of all freedom fighters whose sacrifices enabled us to live in an independent India. He thanked the people to give Bhartiya Janta Party the requisite mandate to serve them.

He unfurled the tri-color and took salute from an impressive march past. Earlier, he visited the War Memorial raised in the memory of those warriors who laid down their lives during wars and operations after independence. He paid floral tribute and lit the lamp.

Himachal Pradesh came into existence after eight months the country achieved independence and got statehood in 1971, he added. The state had made a rapid progress and Kangra district emerged as a model district. The present government under Prof. Prem Kumar Dhumal was making every effort to implement the election manifesto. Social Security Pension had been enhanced to Rs.300 benefitting 2,37,250 people. A raise of 33 per cent in the daily wage would benefit over five lakh families.

The Revenue Minister said the government was giving top priority to education, road and health sectors. A comprehensive plan was being made to connect all villages of the state. NREGA was being implemented from April, 08 covering all the districts ensuring 100 days guaranteed employment to every job card holder in the rural areas.

Thakur Gulab Singh said the consistent efforts of the state govt. compelled the Rajsthan govt. to recontemplate over the applications of 831 Pong Dam oustees, who filed papers for land allotment during 1973-75. Sewerage Schemes were being given top priority. Dharamshala town would get an augmented water supply within next two years through Guj khudd and Ram Nagar-Sham Nagar water supply Schemes. 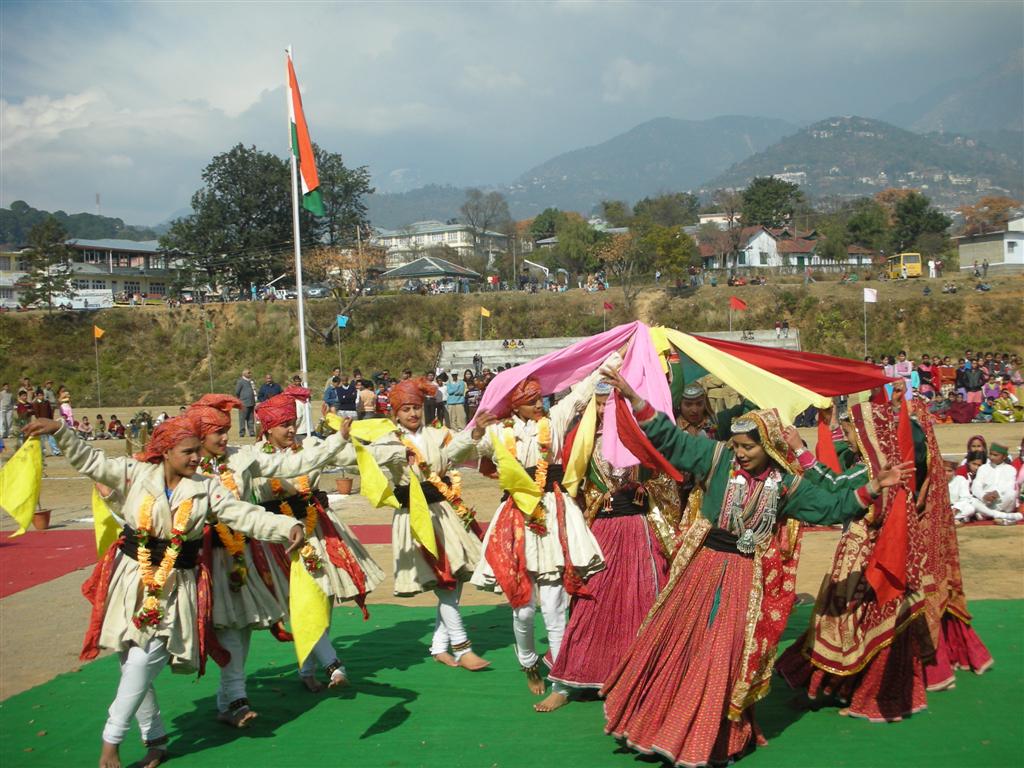 Information received from different sub-divisions and tehsils confirmed celebrations of the Republic Day by concerned SDMs and Tehsildars.